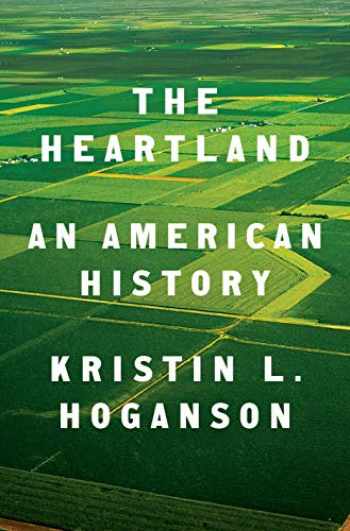 The Heartland: An American History

Acknowledged authors Hoganson, Kristin L. wrote The Heartland: An American History comprising 432 pages back in 2019. Textbook and eTextbook are published under ISBN 1594203571 and 9781594203572. Since then The Heartland: An American History textbook was available to sell back to BooksRun online for the top buyback price of $ 0.30 or rent at the marketplace.
Show more

A history of a quintessentially American place--the rural and small town heartland--that uncovers deep yet hidden currents of connection with the world.

When Kristin L. Hoganson arrived in Champaign, Illinois, after teaching at Harvard, studying at Yale, and living in the D.C. metro area with various stints overseas, she expected to find her new home, well, isolated. Even provincial. After all, she had landed in the American heartland, a place where the nation's identity exists in its pristine form. Or so we have been taught to believe. Struck by the gap between reputation and reality, she determined to get to the bottom of history and myth. The deeper she dug into the making of the modern heartland, the wider her story became as she realized that she'd uncovered an unheralded crossroads of people, commerce, and ideas. But the really interesting thing, Hoganson found, was that over the course of American history, even as the region's connections with the rest of the planet became increasingly dense and intricate, the idea of the rural Midwest as a steadfast heartland became a stronger and more stubbornly immovable myth. In enshrining a symbolic heart, the American people have repressed the kinds of stories that Hoganson tells, of sweeping breadth and depth and soul.

In The Heartland, Kristin L. Hoganson drills deep into the center of the country, only to find a global story in the resulting core sample. Deftly navigating the disconnect between history and myth, she tracks both the backstory of this region and the evolution of the idea of an unalloyed heart at the center of the land. A provocative and highly original work of historical scholarship, The Heartland speaks volumes about pressing preoccupations, among them identity and community, immigration and trade, and security and global power. And food. To read it is to be inoculated against using the word "heartland" unironically ever again.
Show more