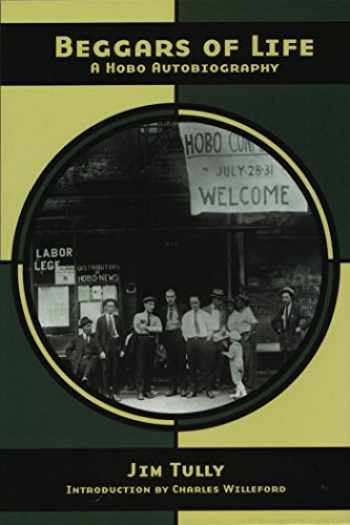 Beggars of Life: A Hobo Autobiography

Acknowledged authors Tully, Jim wrote Beggars of Life: A Hobo Autobiography comprising 256 pages back in 2003. Textbook and eTextbook are published under ISBN 1902593782 and 9781902593784. Since then Beggars of Life: A Hobo Autobiography textbook was available to sell back to BooksRun online for the top buyback price or rent at the marketplace.
Show more

A bestseller in 1924, this vivid piece of outlaw history has inexplicably faded from the public consciousness. Jim Tully takes us across the seamy underbelly of pre-WWI America on freight trains, and inside hobo jungles and brothels while narrowly averting railroad bulls (cops) and wardens of order.

Written with unflinching honesty and insight, Beggars of Life follows Tully from his first ride at age thirteen, choosing life on the road over a deadening job, through his teenage years of learning the ropes of the rails and -living one meal to the next.

Jim Tully (18911947) was a best-selling novelist and popular Hollywood journalist in the 1920s and ’30s. Known as "Cincinnati Red" during his years as a road-kid, he counted prizefighter and publicist of Charlie Chaplin among his many jobs. He is considered (with Dashiel Hammett) one of the inventors of the hard-boiled style of American writing.

In Oakland, California on March 24, 2015 a fire destroyed the AK Press warehouse along with several other businesses. Please consider visiting the AK Press website to learn more about the fundraiser to help them and their neighbors.