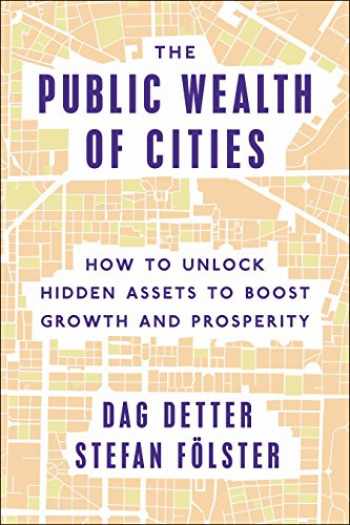 The Public Wealth of Cities: How to Unlock Hidden Assets to Boost Growth and Prosperity

Crumbling streets and bridges. Poorly performing schools and inadequate social services. These are common complaints in cities, which too often struggle just to keep the lights on, much less make the long-term investments necessary for future generations.

It doesn’t have to be this way. This book by two internationally recognized experts in public finance describes a new way of restoring economic vitality and financial stability to cities, using steps that already have been proven remarkably successful. The key is unlocking social, human, and economic wealth that cities already own but is out of sightor hidden.” A focus on existing public wealth helps to shift attention and resources from short-term spending to longer-term investments that can vastly raise the quality of life for many generations of urban residents.

A crucial first step is to understand a city’s balance sheettoo few cities comprehend how valuable a working tool this can be. With this in hand, taxpayers, politicians, and investors can better recognize the long-term consequences of political decisions and make choices that mobilize real returns rather than rely on more taxes, debt, or austerity.

Another hidden asset is real estate. Even poor cities own large swathes of poorly utilized land, or they control underperforming utilities and other commercial assets. Most cities could more than double their investments with smarter use of these commercial assets. Managing the city’s assets smartly through the authors’ proposed Urban Wealth Fundsat arm’s-length from short-term political influencewill enable cities to ramp up much needed infrastructure investments.