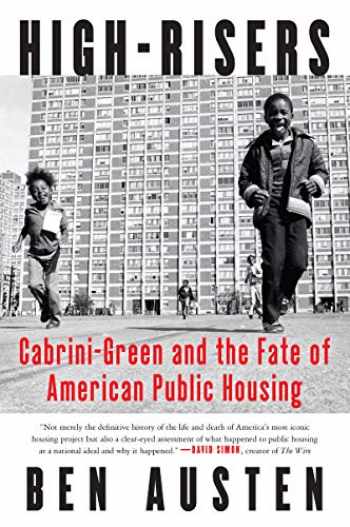 High-Risers: Cabrini-Green and the Fate of American Public Housing

Joining the ranks of Evicted, The Warmth of Other Sons, and classic works of literary non-fiction by Alex Kotlowitz and J. Anthony Lukas, High-Risers braids personal narratives, city politics, and national history to tell the timely and epic story of Chicago’s Cabrini-Green, America’s most iconic public housing project.

Built in the 1940s atop an infamous Italian slum, Cabrini-Green grew to twenty-three towers and a population of 20,000—all of it packed onto just seventy acres a few blocks from Chicago’s ritzy Gold Coast. Cabrini-Green became synonymous with crime, squalor, and the failure of government. For the many who lived there, it was also a much-needed resource—it was home. By 2011, every high-rise had been razed, the island of black poverty engulfed by the white affluence around it, the families dispersed.

In this novelistic and eye-opening narrative, Ben Austen tells the story of America’s public housing experiment and the changing fortunes of American cities. It is an account told movingly though the lives of residents who struggled to make a home for their families as powerful forces converged to accelerate the housing complex’s demise. Beautifully written, rich in detail, and full of moving portraits, High-Risers is a sweeping exploration of race, class, popular culture, and politics in modern America that brilliantly considers what went wrong in our nation’s effort to provide affordable housing to the poor—and what we can learn from those mistakes.