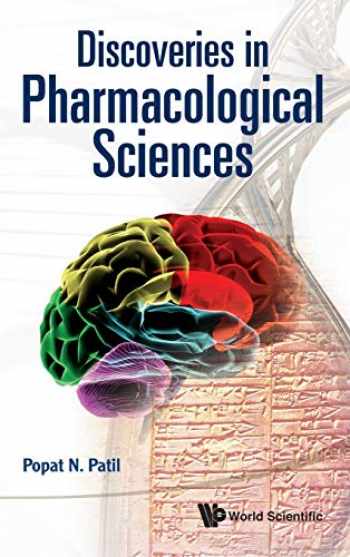 Acknowledged authors Patil, Popat N. wrote Discoveries in Pharmacological Sciences comprising 794 pages back in 2012. Textbook and eTextbook are published under ISBN 9814355070 and 9789814355070. Since then Discoveries in Pharmacological Sciences textbook was available to sell back to BooksRun online for the top buyback price or rent at the marketplace.
Show more

Throughout history, the perpetuation of species, the need for survival, and human curiosity, intelligence and skills provided the basis for the development of drug science. This unique book, Discoveries in Pharmacological Sciences, contains the history of herbal medicine as it emerged about 5,000 years ago. Recent discoveries in genetics are integrated with the observations in the past. An understanding of the history of drugs and toxic chemicals is essential for the proper utility of these substances by the population at large. The book is written with the purpose to familiarize drug research of the investigators in chemical, pharmaceutical, pharmacological, and biomedical sciences. It is important to note that plants containing morphine, quinine, physostigmine, pilocarpine, atropine, d-tubocurarine, reserpine, tetrahydrocannabinol, cardiac glycosides, ephedrine and colchicine were used by various cultures for centuries. Since 1805 pure, active, therapeutic constituents were isolated and chemically characterized. Parallel to these developments, the science of human anatomy, physiology, biochemistry, genetics and pharmacology has advanced. New synthetic drugs were discovered. The chemistry of perfumes and sensory functions including memory were elucidated. The history of fascinating discoveries made by scientists of Nobel repute is documented. Better testing methods were developed. The causes of many diseases were better understood. Drug laws were instituted a century ago. The pharmaceutical industry flourished. The text provides a panoramic view of the understanding of when, where, who, how and why drugs were developed. Educational aspects of teaching pharmacological sciences are reviewed. The historical account will be invaluable to graduate students and creative scientists, who can prepare for the future.The book will serve to enhance the cumulative scientific knowledge of the investigators in drug discovery. It contains a well integrated wealth of information in drug sciences and pharmacotherapeutics. The time, place and the human side of investigators, their portraits with biographical sketches are presented.The reading of Discoveries in Pharmacological Sciences will satisfy the intellectual curiosity of investigators. Understanding of Discoveries in Pharmacological Sciences will provide a platform to judge the importance of the personalized medicine of tomorrow. Scattered classical information about drug sciences is effectively condensed here. The development of the scientific thoughts and creativity of the investigators through the ages in drug research are presented admirably.