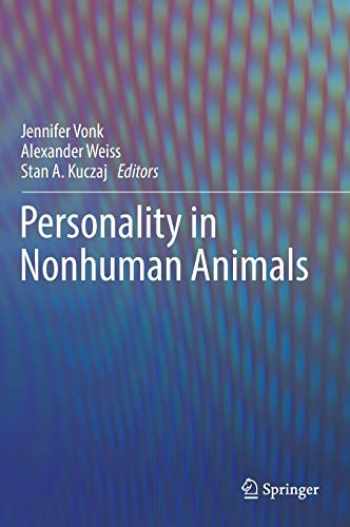 This stimulating and comprehensive collection brings together multiple perspectives on the topic of personality in nonhuman animals―linking historical perspectives, theoretical approaches, methods, and cutting-edge discoveries. Experts from various fields describe their findings on species ranging from dogs, cats, chimpanzees, and dolphins to sharks, snakes, and other reptiles. Chapters not only discuss the evolution of personality, but also describe potential applications within the areas of animal-human interactions, animal ethics and welfare, conservation science, and other areas. A key focus is the role of genetics and the environment in determining animal behavior and personality, including related traits, such as creativity and boredom. These chapters present the study of personality in nonhumans as a means by which we can better understand medical and psychological issues specific to our own species as well.

· Exploring factor space (and other adventures) with the Hominoid Personality Questionnaire

· The quantitative and molecular genetics of individual differences in animal personality

· What do we want to know about personality in marine mammals?

· The interplay between animal personality and foraging ecology