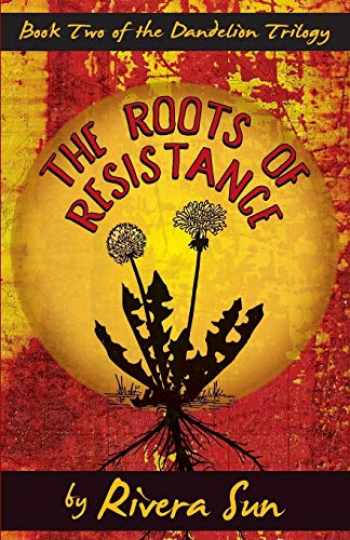 You're in for an exciting ride...
as incendiary writer Charlie Rider and the unforgettable Zadie Byrd Gray rise to meet the political challenges flung at them from all sides.

Freedom and equality loom just out of reach as the outraged corporate oligarchy scrambles to take back power after the Dandelion Insurrection's successful nonviolent revolution. Everyone from schoolteachers to whistleblowers leaps into action to help them confront the forces of corrupt politics. But the struggle turns volatile when an armed group called the Roots shows up. They claim to be protecting the movement . . . but who do they really serve?

Author Rivera Sun's novels are compared to the works of George Orwell, Upton Sinclair, Mark Twain and Barbara Kingsolver. She weaves social protest with the practical and inspiring field of nonviolent struggle, drawing on the legacy of King, Gandhi, Chavez, and countless more. As fiery as Pulitzer Prize winning author Chris Hedges and more radical than Bernie Sanders, Rivera Sun's fiction is the perfect companion through the wild ride of our times!

Please read what the reviewers say...

"A tale of revolution, resistance and the indomitable power of love… skims tantalizingly close to the surface of what could be political reality in these United States in just a few short years." - Elizabeth Murray, former Deputy National Intelligence Officer for the Near East, National Intelligence Council and Member in Residence, Ground Zero Center for Nonviolent Action

"Billed as 'Book Two of the Dandelion Trilogy,' this one makes me hope Sun is punching out Book Three soon and perhaps, like Douglas Adams, will give us, someday, Books Four and Five of the Trilogy." - Tom H. Hastings, Conflict Resolution Assistant Professor, Portland State University

"This novel is a nuanced political, moral, and emotional exploration of risks, sacrifices and rewards that a commitment to social justice can elicit in the hearts of some extraordinary people. In reading The Roots of Resistance, I was frequently moved to resist the plot’s incessant pull of haste so that I might linger and relish the rich emotional dynamics within such noble characters. A memorable cognitive and emotional journey." - Nim Batchelor, Professor of Philosophy, Elon University

“In times of despair, we need hope. In times of frustration, we need inspiration. In times of confusion, we need clarity. Rivera brings us all of these and more.” - Stephen Zunes, Professor of Politics and International Studies, University of San Francisco

"A must-read, written by the talented Rivera Sun! Resistance is essential, as nonviolent actions will save humanity. Amazingly inspirational!" - Robin Wildman, Nonviolent Schools

"This novel represents Rivera Sun at her best - plenty of action, a gripping story-line, really interesting and conscious characters (at least the good guys!), and all in the service of a non-violent, yet wholly believable revolution that could just transform these United States." - Jim Dreaver, author, End Your Story, Begin Your Life

This is Book Two of the DandelionTrilogy. It is a complete story and may be read independently, but as one reviewer said "The story of this book can stand alone but why cheat yourself?" They are fun to read in any order but best is to read both!

Get them right now!...
Show more