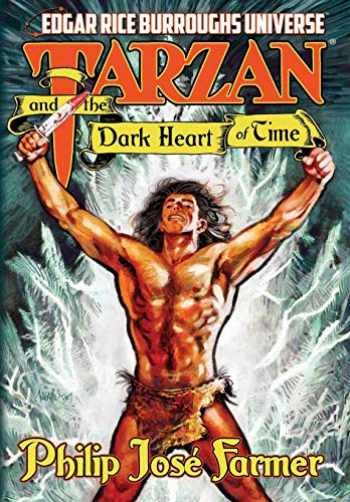 One of the most famous heroes in literature is back! Tarzan, Lord of the Apes, returns with a vengeance in this action-packed adventure by Philip José Farmer, Hugo Award winner, Nebula Grand Master, and author of the incredible Riverworld saga.

Tarzan’s beloved mate, Jane, has been kidnapped, and the furious ape-man will let nothing stand in the way of rescuing her—not even a sinister safari whose target is Tarzan himself. With fierce Masai trackers leading the chase, a trio of white hunters are hellbent on capturing the Jungle Lord. But as the pursuers, and their uncanny half-human tracker, close in from behind, Tarzan races toward even greater danger ahead.

For the trail leads to a bizarre, long-forgotten land boasting a multitude of strange and terrifying mysteries: the City Built by God, the Hideous Hunter, the One to Avoid, and most shocking of all, the Crystal Tree of Time—whose seductive powers could ultimately spell Tarzan’s doom . . .

Philip José Farmer, a descendant of the actual Greystoke family, and a recipient of the prestigious Golden Lion Award, bestowed by the Burroughs Bibliophiles at the 1970 Dum-Dum, is famous for his adventure novels starring Tarzanic characters. Now, in Tarzan and the Dark Heart of Time, authorized by Edgar Rice Burroughs, Inc., Farmer lends his vast imagination to the legend of the Lord of the Apes himself!