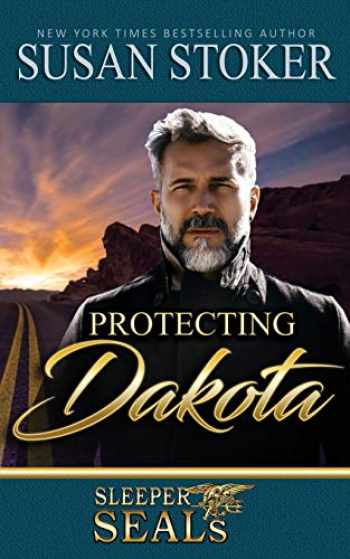 Acknowledged authors Stoker, Susan wrote Protecting Dakota (Sleeper SEALs) comprising 340 pages back in 2017. Textbook and eTextbook are published under ISBN 194356230X and 9781943562305. Since then Protecting Dakota (Sleeper SEALs) textbook was available to sell back to BooksRun online for the top buyback price or rent at the marketplace.
Show more

Dakota James's life has become the stuff of nightmares. The leader of the Ansar al-Shari'a terrorist group has become obsessed with her, determined to take her as his wife. On the run, she'll have to pin her hopes on the retired SEAL charged with finding and stopping Aziz Fourati before he can carry out plans to bomb more US airports.

Recently recruited to join a sleeper SEAL team tasked with fighting terrorism on US soil, Slade "Cutter" Cutsinger, with the help of some Special Forces friends, has located the one woman who can identify the deadly Ansar al-Shari'a leader. That was the easy part. Keeping her safe proves more difficult than anyone ever imagined.

When she and her new friend, Caroline, are kidnapped by the terrorist group, Dakota can only pray Cutter and the SEALs will reach them before they're taken out of the country--and away from Cutter forever.

** Protecting Dakota is a part of the SEAL of Protection Series. It is also in the "Sleeper SEAL" connected series. Each book is a stand-alone, with no cliffhanger endings.

Each book in this multi-author branded series is a standalone novel, and the series does not have to be read in order.