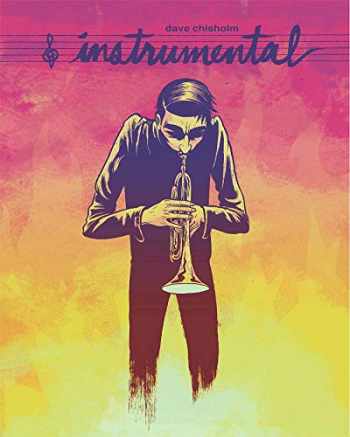 Acknowledged authors Chisholm, Dave wrote Instrumental comprising 224 pages back in 2017. Textbook and eTextbook are published under ISBN 1940878152 and 9781940878157. Since then Instrumental textbook was available to sell back to BooksRun online for the top buyback price or rent at the marketplace.
Show more

In the small hours of the morning, on a headlong collision into history, ambition, and magic, a trumpeter wails in the apocalypse.
"You are making it happen. All the deaths. All the destruction."

Tom is a solid, but not great, musician. While his bandmates are happy to play gigs for themselves at their own clubs, drinking free beer and shooting the breeze, Tom aches for the next level, whatever that is. And as musicians are wont to do in magical fables, he meets a mysterious stranger with a seemingly simple offer: take a battered old trumpet for free, and just enjoy it, no exchanges and no strings. Whenever Tom plays it, the extraordinary music blows away his growing throngs of fans, and deadly mishaps start to follow. Tom may not have sold his soul for the music of the heavens, but he seems to have bargained away something much more serious.

From the critically acclaimed jazz musician Dave Chisholm, Instrumental is a high-spirited, suspenseful, formally inventive, visually musical graphic novel, an epic yet intimate riff on our longing search for what's next.

Dave Chisholm is a trumpet player, songwriter, composer, bandleader, educator, and visual artist currently residing in Rochester, NY. The breadth of Chisholm's artistic output is exemplified in a long string of widely varied projects including the big-band jazz of his debut album Radioactive (2010), the post-rock-meets-jazz-improvisation soundscapes on Calligraphy (2011), his soulful indie-rock singer-songwriter project Talking Under Water, the blistering straight-ahead jazz performed by Utah group John Henry, and the upstart jazz big bands Salt Lake Alternative Jazz Orchestra and Colossus. As a trumpet player, Dave has garnered international acclaim. In 2012, he performed six nights at the Umbria Jazz Festival as part of Ryan Truesdell's "Gil Evans: Centennial" project. In 2009, he was one of two recipients of the Downbeat Student Music Award for outstanding collegiate soloist. He has also received numerous accolades and awards at both the Reno Jazz Festival and the University of Northern Colorado Jazz Festival. Dave wrote and illustrated his first graphic novel, LET'S GO TO UTAH!, in 2009, followed by short comics in MYSPACE DARK HORSE PRESENTS, and Locust Moon's Eisner Award-winning anthology, DREAM ANOTHER DREAM. He currently teaches at State University of New York at Brockport and at the Hochstein School of Music and Dance.