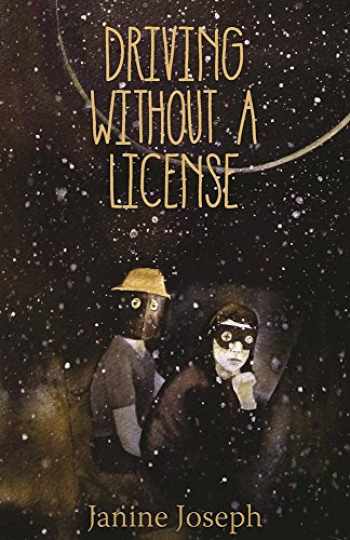 Driving Without a License

* Winner of the 2014 Kundiman Poetry Prize* Winner of the 2018 Eric Hoffer da Vinci Eye Award * Honorable Mention, 2018 Shiela Margaret Motton Book Prize (New England Poetry Club)* 2018 Eric Hoffer Award Finalist* 2017 Oklahoma Book Award Finalist* 2016 Julie Suk Award Finalist* Profiled in The Los Angeles Times
The best way to hide is in plain sight. In this politically-charged and candid debut, we follow the chronicles of an undocumented immigrant speaker from the Philippines over a twenty-year span as she grows up in the foreign and forbidding landscape of America.
"It stands far apart from most first books, and from most books of autobiographical or narrative poetry, for the unpredictable vigor in its rhythmically irregular lines, especially in its depictions of youthful adventures." -- Stephanie Burt, The Los Angeles Times
"Through her variety of lines, of old and new forms, and of voices adopted and inhabited, Joseph, herself Filipina-American, does justice to the raw emotions around immigration with verve." -- Publishers Weekly
"As she guides us through constant fearfulness...and unimaginable hurt...Joseph blends everyday anxieties with deeper ones, avoiding outright reportage for smarter inflection. The tensions of visiting the immigration lawyer's office, for instance, are seen in the mad drive away. VERDICT: A gifted writer's view on an all-American issue." -- Barbara Hoffert, Library JournalFrom "Ivan, Always Hiding":

I strained for the socket
as you pulled me,
bare legs against your legs

in the windowless dark. The room,
snuffed out,

could have been no
larger than a freight car,
no smaller than a box van;

we couldn't tell anymore, the glints
in the shellacked floor, too,

were dulled. This is like death, you said,
always joking. I slid my head
into the crook of your neck,