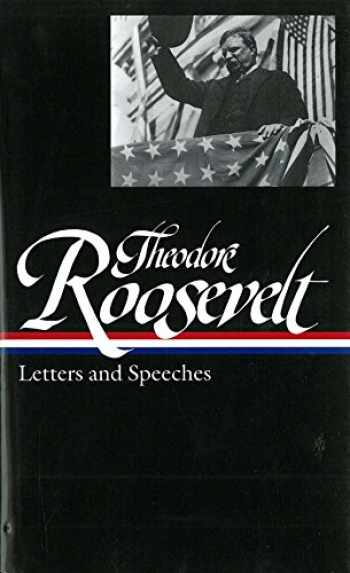 This Library of America volume collects 367 letters written by Theodore Roosevelt between 1881 and 1919, as well as four of his most famous speeches, creating a vivid portrait of the public career and the private thoughts of an unparalleled man.

Roosevelt describes climbing the Matterhorn, hunting grizzly bears and cougars, reading Anna Karenina while pursuing thieves through the Dakota wilderness, playing with his children, mediating the 1902 anthracite coal strike and the Russo-Japanese War, visiting Panama during the digging of the canal, and being shot while running for president in 1912. The letters records his expert knowledge of birds and wildlife, his fascination with history and historical writing, his changing views on race and the conflict between business and labor, his concerns about declining birth rates and the corrupting influence of luxury, his contempt for impractical reformers and pacifists, and his disappointment and rage at the failings of William Howard Taft and Woodrow Wilson. And, most poignantly, they reveal the pride and worry Roosevelt felt when his sons went off to battle in World War I, and the profound grief he experienced when his youngest child was killed.

Also included are four speeches: “The Strenuous Life,” a defense of American rule in the Philippines (1899); “National Duties,” which popularized the phrase “speak softly, and carry a big stick” (1901); “Citizenship in a Republic,” with its famous praise of “the man in the arena” (1910); and “The New Nationalism,” which signaled Roosevelt’s break with Taft’s conservatism (1910).