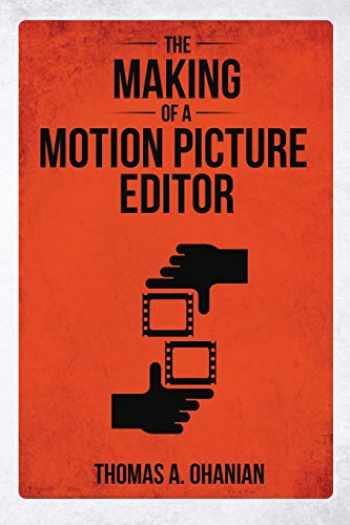 The Making of a Motion Picture Editor

What does it take to be a motion picture editor? Learn from some of the most decorated editors in motion picture history over the span of 551 films, 360 Academy Awards (R) and another 785 nominations. From Apocalypse Now to West Side Story. From the suspense of The Silence of the Lambs to the comedy of Ferris Bueller's Day Off. From the realism of Saving Private Ryan to the universe of Star Wars. And the challenges: How do you get through 450 hours of material to make a three-hour movie? What happened behind the scenes, in the editing room, when it became apparent that the lead actor wasn't working out? How do you make a release deadline when you still haven't seen the visual effects you need to adjust scenes? What is it like when the director looks at the scene you just edited and says, "Do you have any idea what we went through there? How could you do this?" And then leaves.

And, in the stranger than fiction department:

You wind up working for one of the most famous directors in motion picture history based on a five-minute conversation where he asks you, "Are you a good editor?" And, so far, you win three Academy Awards(R) for editing.

You write a letter to the producer telling him that you just got married and you can't do the film. But you never send that letter. And then you win an Academy Award for Lawrence of Arabia.

You find yourself editing West Side Story for the director who edited Citizen Kane.

And the life of an editor? You don't think about a nomination and you get nominated. You know there's absolutely no chance you'll win, and you do. You thank your family. You forget to thank them. You go right back to work the next day. You wait for a year until the next job comes.

An editor's responsibility is not, as many have thought, "to cut out the bad parts," but to form and shape the material according to the director's vision in support of the story. Editing is based on decisions--hundreds, thousands--and everything you see and hear has a decision behind it.

Read on about these remarkable individuals and their stories in The Making of a Motion Picture Editor.