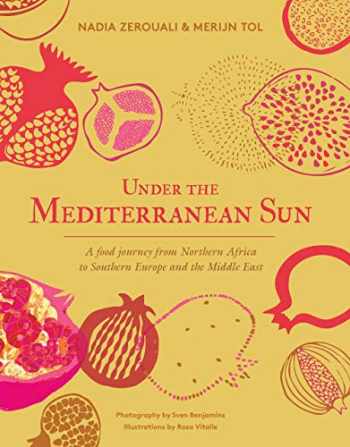 Under the Mediterranean Sun: A food journey from Northern Africa to Southern Europe and the Middle East

This book is a meeting point for southern European, Middle Eastern, and northern African cuisine. The result is flavor and color--both beyond compare.

Authors Nadia and Merijn have always traveled extensively to research their beautiful cookbooks. This is no exception. Since publishing Arabia in 2011, they have continued to push the culinary envelope and source the most authentic, simple, and delectable recipes. In journeys throughout southern Europe, the Middle East, and northern Africa, this dynamic duo document the food, people, and stories encountered along the way. For Nadia and Merijn, the Arab world has no strict geography, as certain dishes in Spain and southern Italy are as influenced by the "Arab world" as those in Morocco, Tunisia, and the Middle East.

Under the Mediterranean Sun is a personal food odyssey to find the people, places, and dishes that unite the Mediterranean and the Arabic world. This book's 125 recipes are separated by region: Morocco, Tunisia, Libya, Algeria, Lebanon, Syria, Palestine, Israel, Turkey, Sicily, Andalusia, Sardinia, and Catalonia. What unites each of these distinct regions are the incomparable colors, textures, and sun-dappled spirit of the Mediterranean.
Show more