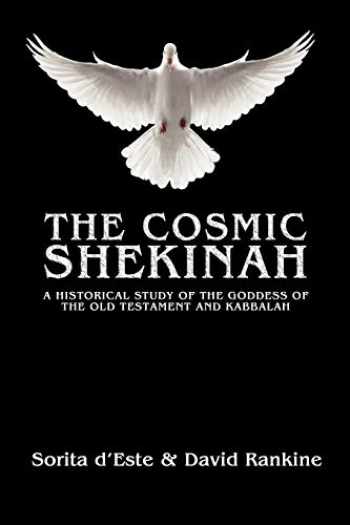 The Cosmic Shekinah: A historical study of the goddess of the Old Testament and Kabbalah

The Shekinah is the manifestation of the Wisdom Goddess of the Kabbalah,the Old Testament and Merkavah Mysticism. She encompasses the primordial light of creation, the wisdom of the serpent and the inspiration of the dove. She is the beauty of the lily and the embodiment of the Tree of Life. She is also the World soul, heavenly glory, mother of angels, inspiration for prophecy, and source of souls, as well as being the Shabbat Bride and the wife of God.

In The Cosmic Shekinah the authors present a concise history of the different influences of earlier wisdom goddesses on the development of the Shekinah. These goddesses include the Sumerian Inanna, the Egyptian Ma'at, the Greco-Egyptian Isis, the Semitic Anat and Astarte and the Canaanite Asherah. They show that from these ancient sources the unnamed Wisdom Goddess and wife of God portrayed in the Old Testament and early Jewish wisdom literature arose. It is this unnamed Wisdom Goddess who would subsequently become the source for the development of the Shekinah as well as the Gnostic Sophia. The influence of the feminine divine as the Shekinah has continued to find expression, with the Virgin Mary and the Holy Spirit of Christianity and the Sakina of Islam all being shaped by the enduring influence of the Wisdom Goddess.

Through tracing her roles, myths and functions the authors show that in addition to her resurgence, the Wisdom Goddess has always been present throughout history, even when she has been suppressed and disguised by deliberate exclusion and mistranslation. Drawing on numerous sources including medieval Kabbalistic works, Hekhalot texts of Merkavah Mysticism, ancient literature such as the Egyptian, Sumerian and Ugaritic myths, the Old Testament, Gnostic texts and recent finds in Biblical archaeology, The Cosmic Shekinah draws attention back to the light of divine feminine wisdom.