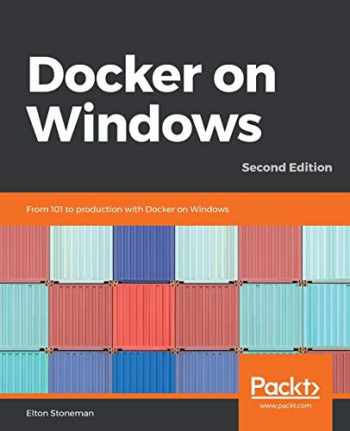 Learn how to run new and old applications in Docker containers on Windows - modernizing the architecture, improving security and maximizing efficiency.

Docker on Windows, Second Edition teaches you all you need to know about Docker on Windows, from the 101 to running highly-available workloads in production. You'll be guided through a Docker journey, starting with the key concepts and simple examples of .NET Framework and .NET Core apps in Docker containers on Windows. Then you'll learn how to use Docker to modernize the architecture and development of traditional ASP.NET and SQL Server apps.

The examples show you how to break up legacy monolithic applications into distributed apps and deploy them to a clustered environment in the cloud, using the exact same artifacts you use to run them locally. You'll see how to build a CI/CD pipeline which uses Docker to compile, package, test and deploy your applications. To help you move confidently to production, you'll learn about Docker security, and the management and support options.

The book finishes with guidance on getting started with Docker in your own projects. You'll walk through some real-world case studies for Docker implementations, from small-scale on-premises apps to very large-scale apps running on Azure.

If you want to modernize an old monolithic application without rewriting it, smooth the deployment to production, or move to DevOps or the cloud, then Docker is the enabler for you. This book gives you a solid grounding in Docker so you can confidently approach all of these scenarios. 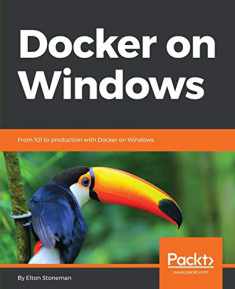 Docker on Windows:...
by Stoneman, Elton