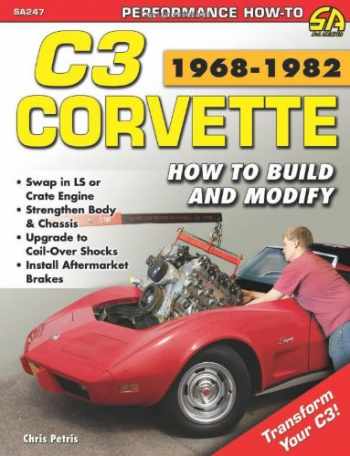 About a half-million Corvettes were sold between 1968 and 1982, and the distinctive Shark body style with the combination of V-8 power has gained legendary status. Some Corvettes are too rare and valuable to be modified. These include the big-block cars built between 1968 and 1974, which command big dollars at auctions. However, the vast majority of Corvettes, built between 1975 and 1982, are affordable and plentiful, and these are ideal for high-performance builds.

Many Corvettes from this era are often considered weekend cruisers because they carry antiquated brakes, steering, and suspension, and also anemic V-8 engines with 165-220 horsepower. Lacking modern technology, these 31-year-old or older cars are ripe for a high-performance transformation. And with the right build-up plan, products, and services, they can become high-performance sports cars that rival current sports cars on the road today. Corvette expert and builder Chris Petris shows how to transform a mundane C3 into a standout, high-performance car. The most popular upgrades to every component group are covered including engine, transmission, differential, front suspension, rear suspension, steering, chassis, electrics, interior, tires and wheels, and more. With this information, you will confidently know all the products and procedures that make the car as a whole a far better performer than stock.

Corvette C3: How to Build and Modify is the ideal book for the at-home mechanic as well as the adept enthusiast supervising the build-up of a Corvette. Whether it's mildly modifying your Corvette for greater comfort and drivability or substantially modifying it for vastly improved acceleration, braking, and handling, this book has a massive amount of information to help accomplish the reader's goals.