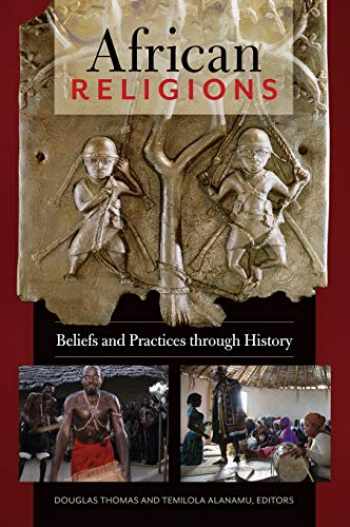 This book supplies fundamental information about the diverse religious beliefs of Africa, explains central tenets of the African worldview, and overviews various forms of African spiritual practices and experiences.

Africa is an ancient land with a significant presence in world history―especially regarding the history of the United States, given the ethnic origins of a substantial proportion of the nation's population. This book presents a broad range of information about the diverse religious beliefs of Africa that serves to describe the beliefs, practices, deities, sacred places, and creation stories of African religions. Readers will learn about key forms of spiritual practices and experiences, such as incantations and prayer, dance as worship, and spirit possession, all of which pepper African American religious experiences today. The entries also discuss central tenets of the African worldview―for example, the belief that humankind is not to fight nature, but to integrate into the natural environment.

This volume is specifically written to be highly accessible to students. It provides a much-needed source of connections between the religious traditions and practices of African Americans and those of the people of the continent of Africa. Through these connections, this work will inspire tolerance of other religions, traditions, and backgrounds. The included selection of primary documents provides users first-hand accounts of African religious beliefs and practices, serving to promote critical thinking skills and support Common Core State Standards.