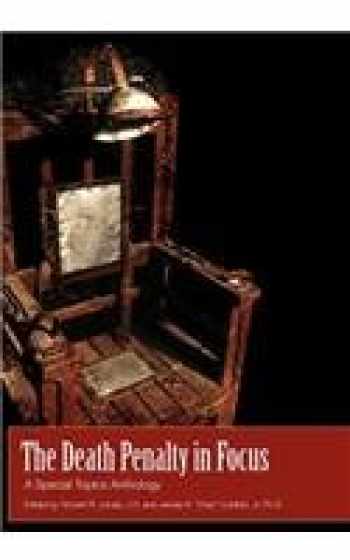 The Death Penalty in Focus: A Special Topics Anthology

The death penalty is one of the most debated issues in America. Should we abolish the sanction? Is it used often enough? Does the death penalty deter crime? Does it cost more to execute or incarcerate for life? These are a few of the questions that continuously fuel the debate. This anthology highlights several important issues in the death penalty debate and takes a reasoned approach, presenting relevant facts and prevailing opinions in an unbiased manner. The death penalty debate touches on nearly every aspect of the justice administration: crime investigation, forensics, evidence, interrogations, prosecutorial decision-making, public defender systems, judicial education, post-conviction appeal processes, and more. Each chapter presents studies or commentaries that take distinctly different positions, or that present different perspectives, or different data, on the same issue. The articles will challenge student readers regarding their understanding of the facts, the variety of opinions, the volume of information available, and the sophistication of the research methodologies.

James R. "Chip" Coldren, Jr., Ph.D., is the Academic Program Coordinator for the graduate Criminal Justice Program at Governors State University. Dr. Coldren served as President of the John Howard Association for Prison Reform, as Chair of the Standing Committee on Corrections and Sentencing for the Illinois State Bar Association, and as Director of Research and Computer System Development at Patuxent Institution, a maximum-security treatment-oriented prison in Maryland, the subject of his first book. Most recently, he concluded a six-year term as a member of the Illinois Capital Punishment Reform Study Committee. Dr. Coldren holds a bachelor's degree in sociology from Rutgers University, and a master's and doctorate in sociology from the University of Chicago.