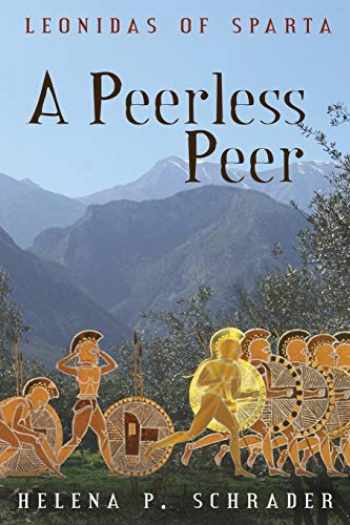 Leonidas of Sparta: A Peerless Peer

Acknowledged authors Schrader, Helena P. wrote Leonidas of Sparta: A Peerless Peer comprising 540 pages back in 2011. Textbook and eTextbook are published under ISBN 1604946024 and 9781604946024. Since then Leonidas of Sparta: A Peerless Peer textbook was available to sell back to BooksRun online for the top buyback price or rent at the marketplace.
Show more

Sparta at the start of the fifth century BC is in crisis. The Argives are attacking Sparta's vulnerable island of Kythera, but King Cleomenes is more interested in meddling in Athenian affairs. His co-monarch, King Demaratus, opposes Cleomenes' ambitions, and soon the kings are at each other's throats. Exploiting this internal conflict, Corinth launches a challenge to Spartan control of the Peloponnesian League, while across the Aegean Sea, the Greek cities of Ionia are in rebellion against Persia -- and pleading for Spartan aid.

King Cleomenes' youngest half-brother Leonidas has only just attained citizenship. He has no reason to expect that this revolt will shape his destiny. At twenty-one, Leonidas is just an ordinary ranker in the Spartan army, less interested in high politics than putting his private life in order. He needs to find reliable tenants to restore his ruined estate, and, most important, to find the right woman to be his bride.

Meanwhile, his niece Gorgo is growing up. Not particularly pretty, she is, nevertheless, precocious and courageous -- qualities that get her into trouble more than once. This is the story of both Leonidas and Gorgo in the years before Leonidas becomes king of Sparta and before the first Persian invasion of Greece sets Leonidas on the road to Thermopylae.

This is the second book in a trilogy of biographical novels about Leonidas and Gorgo. The first book, A Boy of the Agoge, described Leonidas's childhood in Sparta's infamous public school. This second book focuses on his years as an ordinary citizen, and the third will describe his reign and death.