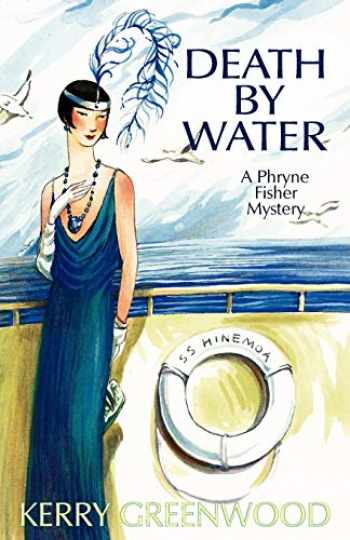 Acknowledged authors Greenwood, Kerry wrote Death by Water (Phryne Fisher Mysteries, 15) comprising 272 pages back in 2011. Textbook and eTextbook are published under ISBN 1590587340 and 9781590587348. Since then Death by Water (Phryne Fisher Mysteries, 15) textbook was available to sell back to BooksRun online for the top buyback price of $ 1.99 or rent at the marketplace.
Show more

"While memories of the Titanic linger among the ship's passengers, readers are treated to descriptions of sumptuous meals and snippets of Maori lore, along with a tantalizing mystery. Those who long to revel in a glamorous if imperfect past will be satisfied." ―Publishers Weekly

The nice men at P&O are worried. A succession of jewelry thefts from the first-class passengers is hardly the best advertisement for their cruises. Especially when it is likely that a passenger is the thief.

Phryne Fisher, with her Lulu bob, green eyes, cupid's bow lips, and sense of the ends justifying the means, is just the person to mingle seamlessly with the upper classes and take on a case of theft on the high seas―or at least on the S.S. Hinemoa―on a luxury cruise to New Zealand. She is carrying the Great Queen of Sapphires, the Maharani, as bait.