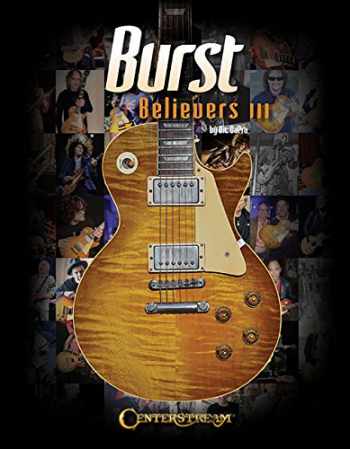 Acknowledged authors DaPra, Vic wrote Burst Believers III comprising 248 pages back in 2017. Textbook and eTextbook are published under ISBN 157424342X and 9781574243420. Since then Burst Believers III textbook was available to sell back to BooksRun online for the top buyback price of $ 6.99 or rent at the marketplace.
Show more

(Book). The "holy grail" of electric guitars...is back for a third time! The slang term "burst" has been used to decribe a specific Gibson Les Paul, manufactured from 1958 to 1960. The impact of this guitar has and continues to shake the music world. From the dozens of guitar idols, who played it and those fortunate enough to have owned one or more, the Gibson Les Paul Sunburst possesses a mystique and magic, not found in any other electric guitar. With its unique sound, spectacular beauty and playability, the burst has shaped the landscape of the blues/rock genre, as we know it today. In this third book, Kirk Hammett, Brad Whitford, Peter Frampton, Geddy Lee, Paul Polycarpou, Perry Margouleff, David Plues, James Hetfield, Drew Berlin, Mick Grabham, Gary Grainger, Dan Vickrey, Jeff Prine, Paul Gabriel, Pat Rush, Tony Hicks, Craig Ross, Ted Nugent, Vince Gill, Jim Mills, Dave Amato, Jeff Pevar, Bernie Marsden, Frankie Sullivan, Stan Webb and many more, have been kind enough to share their experiences and stories that you will enjoy reading. From the hundreds of color photographs, to the serial number index make this book a "must" for players and collectors alike.