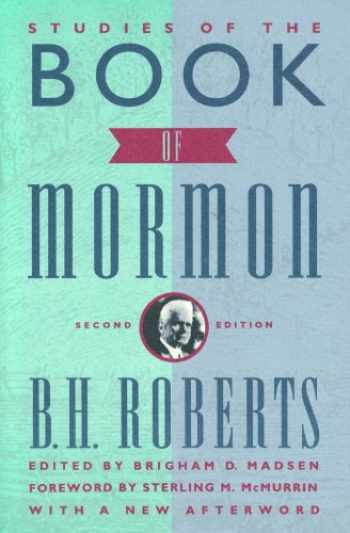 Studies of the Book of Mormon


Available for the first time fifty years after the author’s death, Studies of the Book of Mormon presents this respected church leader’s investigation into Mormonism’s founding scripture. Reflecting his talent for combining history and theology, B. H. Roberts considered the evident parallels between the Book of Mormon and Ethan Smith’s View of the Hebrews, a book that predated the Mormon scripture by seven years. If the Book of Mormon is not historical, but rather a reflection of the misconceptions current in Joseph Smith’s day regarding Indian origins, then its theological claims are suspect as well, Roberts asserted.

In this and other research, it was Roberts’s proclivity to go wherever the evidence took him, in this case anticipating and defending against potential future problems. Yet the manuscript was so poorly received by fellow church leaders that it was left to Roberts alone to decide whether he had overlooked some important piece of the puzzle or whether the Mormon scripture’s claims were, in fact, illegitimate. Clearly for most of his colleagues, institutional priorities overshadowed epistemological integrity.

But Roberts’s pathbreaking work has been judged by the editor to be methodologically sound–still relevant today. It shows the work of a keen mind, and illustrates why Roberts was one of the most influential Mormon thinkers of his day. The manuscript is accompanied by a preface and introduction, a history of the documents’ provenances, a biographical essay, correspondence to and from Roberts relating to the manuscript, a bibliography, and an afterword–all of which put the information into perspective.