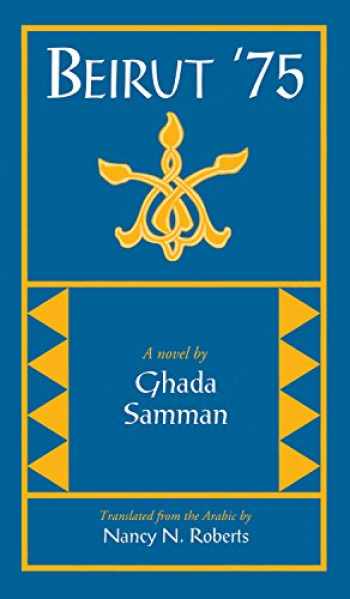 Acknowledged authors Samman, Ghadah wrote Beirut '75 comprising 117 pages back in 1995. Textbook and eTextbook are published under ISBN 1557283826 and 9781557283825. Since then Beirut '75 textbook was available to sell back to BooksRun online for the top buyback price or rent at the marketplace.
Show more

Ghada Samman’s first full-length novel, originally published in Arabic in 1974, is a creative and daring work prophetically depicting the social and political causes of the Lebanese civil war in 1975. The story opens in a taxi in which we meet the five central characters, each seeking something to give life meaning: security, fame, wealth, dignity, recognition, freedom from fear and from tradition-sanctioned, dehumanizing practices. Once they reach the capital city of Beirut, on which they’ve pinned their hopes, they all discover, man and woman alike, that they are victims of forces either partially or completely beyond their control, such as political corruption, class discrimination, economic and sexual exploitation, destruction of the natural environment, and blind allegiance to tradition.

Beirut ’75 addresses struggles of Arab society, particularly the Lebanese, but the message is one of the universal human condition. Thus, in addition to this superb English-language presentation, Samman’s novel has already appeared in German (two editions), French, and Italian versions.

Winner of The University of Arkansas Press Award for Arabic Literature in Translation.