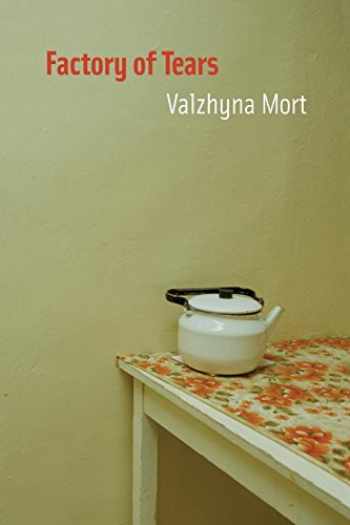 "Mort...strives to be an envoy for her native country, writing with almost alarming vociferousness about the struggle to establish a clear identity for Belarus and its language." —The New Yorker

“Valzyhna Mort . . . can justly be described as a risen star of the international poetry world. Her poems have something of the incantatory quality of poets such as Dylan Thomas or Allen Ginsberg. . . . She is a true original.”—Cuirt International Festival of Literature

“[T]he searing work of Valzhyna Mort . . . dazzled all who were fortunate to hear her [and] to be battered by the moods of the Belarus language which she is passionately battling to save from obscurity.”—The Irish Times

"(Mort) is most characterized by an obstinate resistance and rebellion against the devaluation of life, which forces her to multiply intelligent questions, impressive thoughts, and alluring metaphors, while her rhythm surprisingly arises as a powerful tool for the most dramatic moments of her verses....One of the best young poets in the world today."—World Literature Today

Valzhyna Mort is a dynamic young poet who writes in Belarussian at a time when efforts are being made to reestablish the traditional language in the aftermath of attempts to absorb it into Russian. Known throughout Europe for her live readings, Mort’s poetry and performances are infused by the politics of language and the poetry of revolution, where poems are prayers and weapons.

when someone spends a lot of time running
and bashing his head
against a cement wall
the cement grows warm
and he curls up with it
against his cheek
like a starfish . . .

Valzhyna Mort is a Belarussian poet known throughout Europe for her remarkable reading performances. Her poetry has been translated into several languages, and she is the recipient of the Gaude Polonia stipendium and was a poet-in-residence at Literarisches Colloquium in Berlin, Germany. She currently lives in Virginia.

Elizabeth Oehlkers Wright earned an MFA in translation from the University of Arkansas. Franz Wright won the Pulitzer Prize in Poetry for his book Walking to Martha’s Vineyard.