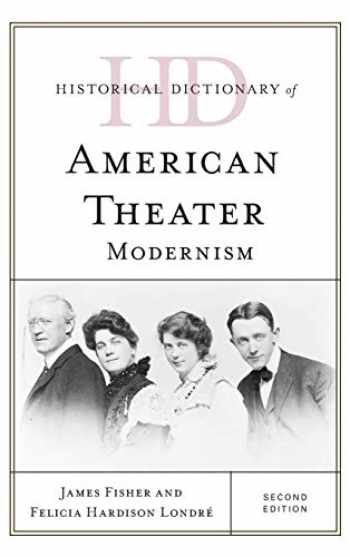 This book covers the history of theater as well as the literature of America from 1880-1930. The years covered by this volume features the rise of the popular stage in America from the years following the end of the Civil War to the Golden Age of Broadway, with an emphasis on its practitioners, including such diverse figures as William Gillette, Mrs. Fiske, George M. Cohan, Maude Adams, David Belasco, George Abbott, Clyde Fitch, Eugene O’Neill, Texas Guinan, Robert Edmond Jones, Jeanne Eagels, Susan Glaspell, The Adlers and the Barrymores, Tallulah Bankhead, Philip Barry, Maxwell Anderson, Mae West, Elmer Rice, Laurette Taylor, Eva Le Gallienne, and a score of others. Entries abound on plays of all kinds, from melodrama to the newly-embraced realistic style, ethnic works (Irish, Yiddish, etc.), and such diverse forms as vaudeville, circus, minstrel shows, temperance plays, etc.

This second edition of Historical Dictionary of American Theater: Modernism covers the history of modernist American Theatre through a chronology, an introductory essay, and an extensive bibliography. The dictionary section has over 2,000 cross-referenced entries on actors and actresses, directors, playwrights, producers, genres, notable plays and theatres. This book is an excellent access point for students, researchers, and anyone wanting to know more about the American Theater in its greatest era.