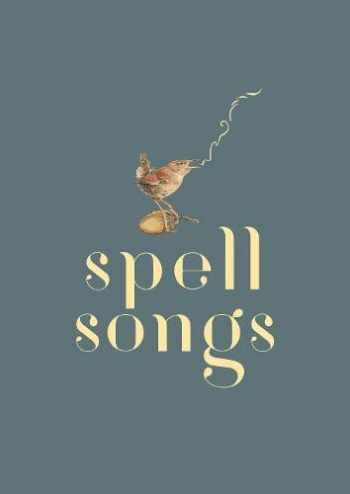 The Lost Words: Spell Songs is a 112 page book with 14 track CD of new works. In 2018 Folk by the Oak Festival commissioned Spell Songs, a musical companion piece to The Lost Words by author Robert Macfarlane and artist Jackie Morris; a celebrated `spell book' rich with poetic rhythms and imagined birdsong that naturally invited a musical response. Spell Songs gathered together eight remarkable musicians whose music engages deeply with landscape and nature, to respond to the creatures, art and language of The Lost Words. Spell Songs allowed these acclaimed and diverse musicians to weave together elements of British folk music, Senegalese folk traditions, and experimental and classical music to create an inspiring new body of work. In February 2019 Spell Songs enjoyed standing ovations at sell-out performances at major venues around the including QEH at the Southbank Centre; shows in 2019 include Hay Festival, and a prom at the Royal Albert Hall. Here are 14 songs which capture the essence of The Lost Words. Spoken voice, whispers, accents, dialects, native languages, proverbs, sayings, birdsong, river chatter and insect hum all increase the intimacy of the musical world conjured by the songs. Inspired by the words and art of the original book, each musician brings new imaginings, embellishments and diversions which are rooted in personal experience, a deep respect for the natural world, protest at the loss of nature and language or appreciation for wildness and beauty. Art inspired music and music inspired art. Jackie Morris immersed herself in the musical residency where she generously created new iconesque artwork of each musician and their instruments portrayed in an unexpected and enchanting way. These new paintings, along with stunning photography by renowned photographer Elly Lucas, from the residential gathering, the recording of the album and the sell-out tour, fill this book with beauty. Writings by Robert, Jackie and Karine elaborate on the project itself and its eco-musicological message, further exploring the relationship between art and nature, music and conservation. There are songs here that would live with me for the rest of my years, even if I'd had no part in their making.", Robert Macfarlane