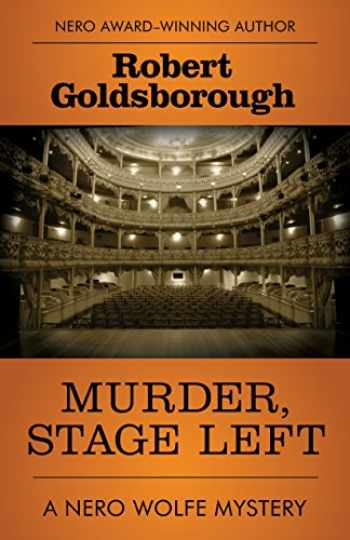 It’s curtains for a famous Broadway director, and private investigator Nero Wolfe is on the case—but his assistant, Archie Goodwin, is a suspect.

When a renowned theater director senses something amiss during his latest production, he calls in Nero Wolfe. Though the corpulent genius wouldn’t normally accept a job this vague, a mutual friend dangles the prospect of a very rare orchid in exchange for his services, and Wolfe can’t resist.

With a mind to suss out useful backstage gossip, Wolfe turns to his faithful assistant, Archie Goodwin, to impersonate a journalist in order to speak to the cast. Though Goodwin’s conversations prove unfruitful, on his last day at the theater, the director is murdered in his soundproof booth, poisoned by an unseen culprit during an evening performance. In short order, an actor whose health is failing attempts suicide with the same poison.

Now Goodwin is a prime suspect in the director’s demise, effectively sidelining him for the rest of the case, and freelance gumshoe Saul Panzer must step in to help wrangle the various members of the play—from the ingénue and the diva to the handsome movie star and the surly stage manager—so New York’s smartest, and most reclusive, private detective can determine who is responsible for these dramatic deaths and clear Goodwin’s name once and for all.

Murder, Stage Left is the 59th book in the Nero Wolfe Mysteries, but you may enjoy reading the series in any order.
Show more