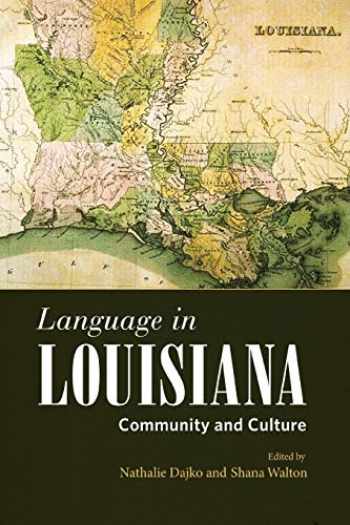 Louisiana is often presented as a bastion of French culture and language in an otherwise English environment. The continued presence of French in south Louisiana and the struggle against the language's demise have given the state an aura of exoticism and at the same time have strained serious focus on that language. Historically, however, the state has always boasted a multicultural, polyglot population. From the scores of indigenous languages used at the time of European contact to the importation of African and European languages during the colonial period to the modern invasion of English and the arrival of new immigrant populations, Louisiana has had and continues to enjoy a rich linguistic palate.

Language in Louisiana: Community and Culture brings together for the first time work by scholars and community activists, all experts on the cutting edge of research. In sixteen chapters, the authors present the state of languages and of linguistic research on topics such as indigenous language documentation and revival; variation in, attitudes toward, and educational opportunities in Louisiana’s French varieties; current research on rural and urban dialects of English, both in south Louisiana and in the long-neglected northern parishes; and the struggles more recent immigrants face to use their heritage languages and deal with language-based regulations in public venues. This volume will be of value to both scholars and general readers interested in a comprehensive view of Louisiana’s linguistic landscape.