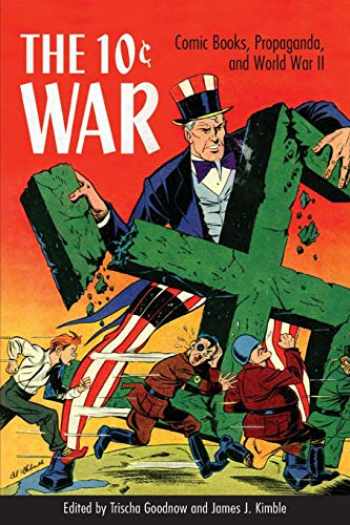 One of the most overlooked aspects of the Allied war effort involved a surprising initiative--comic book propaganda. Even before Pearl Harbor, the comic book industry enlisted its formidable army of artists, writers, and editors to dramatize the conflict for readers of every age and interest. Comic book superheroes and everyday characters modeled positive behaviors and encouraged readers to keep scrapping. Ultimately, those characters proved to be persuasive icons in the war's most colorful and indelible propaganda campaign.

The 10 Cent War presents a riveting analysis of how different types of comic books and comic book characters supplied reasons and means to support the war. The contributors demonstrate that, free of government control, these appeals produced this overall imperative. The book discusses the role of such major characters as Superman, Wonder Woman, and Uncle Sam along with a host of such minor characters as kid gangs and superhero sidekicks. It even considers novelty and small presses, providing a well-rounded look at the many ways that comic books served as popular propaganda.