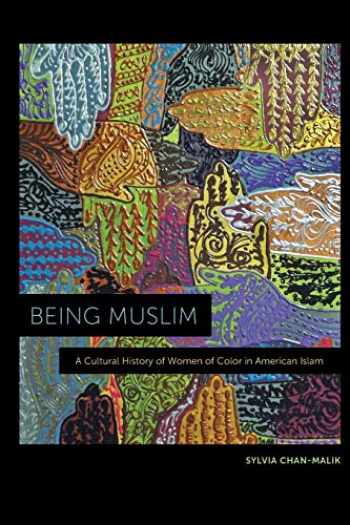 Being Muslim: A Cultural History of Women of Color in American Islam

An exploration of twentieth and twenty-first century U.S. Muslim womanhood that centers the lived experience of women of color

For Sylvia Chan-Malik, Muslim womanhood is constructed through everyday and embodied acts of resistance, what she calls affective insurgency. In negotiating the histories of anti-Blackness, U.S. imperialism, and women’s rights of the twentieth and twenty-first centuries, Being Muslim explores how U.S. Muslim women’s identities are expressions of Islam as both Black protest religion and universal faith tradition. Through archival images, cultural texts, popular media, and interviews, the author maps how communities of American Islam became sites of safety, support, spirituality, and social activism, and how women of color were central to their formation. By accounting for American Islam’s rich histories of mobilization and community, Being Muslim brings insight to the resistance that all Muslim women must engage in the post-9/11 United States.

From the stories that she gathers, Chan-Malik demonstrates the diversity and similarities of Black, Arab, South Asian, Latina, and multiracial Muslim women, and how American understandings of Islam have shifted against the evolution of U.S. white nationalism over the past century. In borrowing from the lineages of Black and women-of-color feminism, Chan-Malik offers us a new vocabulary for U.S. Muslim feminism, one that is as conscious of race, gender, sexuality, and nation, as it is region and religion.