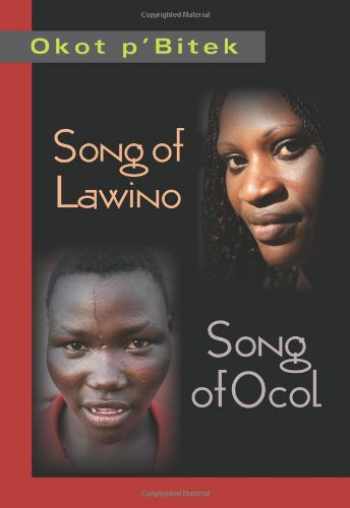 Song of Lawino & Song of Ocol

Acknowledged author Okot p'Bitek wrote Song of Lawino & Song of Ocol comprising 151 pages back in 2013. Textbook and eTextbook are published under ISBN 1478604727 and 9781478604723. Since then Song of Lawino & Song of Ocol textbook was available to sell back to BooksRun online for the top buyback price of $ 3.33 or rent at the marketplace.
Show more

During his lifetime, Okot p'Bitek was concerned that African nations, including his native Uganda, be built on African and not European foundations. Traditional African songs became a regular feature in his work, including this pair of poems, originally written in Acholi and translated into English. Lawino's words in the first poem are not fancy, but their creative patterns convey compelling images that reveal her dismay over encroaching Western traditions and her Westernized husband's behavior. Ocol's poem underlines Lawino's points and confirms her view of him as a demeaning and arrogant person whose political energies and obsession with wasting time are destructive to his family and his community.

The gripping poems of Lawino and Ocol capture two opposing approaches to the cultural future of Africa at the time and paint a picture that belongs in every modern reader's cognitive gallery.

Other titles by African writers from Waveland Press: