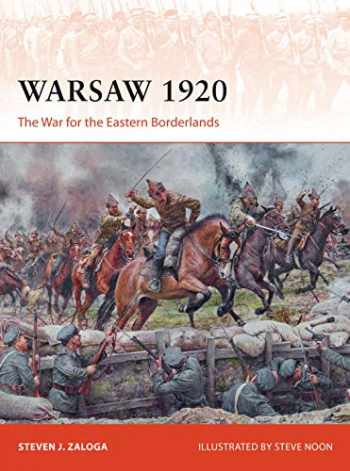 Warsaw 1920: The War for the Eastern Borderlands (Campaign)

Published to coincide with the centenary of the campaign, this highly illustrated title from Steven Zaloga explores the 1920 Battle of Warsaw, a David and Goliath conflict which saw the survival of the newly independent Poland in the face of the Soviet Red Army.

The Battle of Warsaw in August 1920 has been described as one of the decisive battles of European history. At the start of the battle, the Red Army appeared to be on the verge of advancing through Poland into Germany to expand the Soviet revolution. Had the war spread into Germany, another great European war would have ensued, dragging in France and Britain. However, the Red Army was defeated by “the miracle on the Vistula.”

This campaign title explores the origins and outcomes of this momentous battle. In May 1920, the Polish Army intervened in war-torn Ukraine, pushing all the way to Kiev, but the Red Army, by now triumphant in most of the theaters of the Russian Civil War, turned its attention to this new threat. By the late summer of 1920, two Soviet armies had advanced into Poland and the overconfident Soviet leadership dreamed of advancing over a prostrate Polish Army into neighboring Germany to ignite a Communist revolution in the heart of Europe.

Thanks to the low density of forces on both sides and the huge distances involved, the conflict was a war of maneuver, with a curious mixture of traditional and advanced tactics. Horse cavalry played a dominant role in the fighting, but airplanes, tanks, and armored trains lent the war an air of modernity. This illustrated study explores the war through the lens of the Battle of Warsaw, the turning point when, after a summer of disastrous retreat, the Polish army rallied and repulsed the Red Army at Warsaw and Lwow.