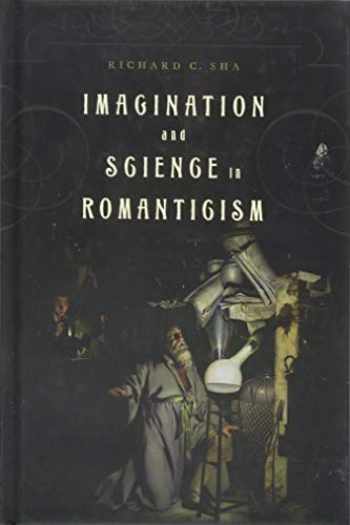 Imagination and Science in Romanticism

Acknowledged authors Sha, Richard C. wrote Imagination and Science in Romanticism comprising 344 pages back in 2018. Textbook and eTextbook are published under ISBN 1421425785 and 9781421425788. Since then Imagination and Science in Romanticism textbook was available to sell back to BooksRun online for the top buyback price or rent at the marketplace.
Show more

How did the idea of the imagination impact Romantic literature and science?

Richard C. Sha argues that scientific understandings of the imagination indelibly shaped literary Romanticism. Challenging the idea that the imagination found a home only on the side of the literary, as a mental vehicle for transcending the worldly materials of the sciences, Sha shows how imagination helped to operationalize both scientific and literary discovery. Essentially, the imagination forced writers to consider the difference between what was possible and impossible while thinking about how that difference could be known.

Sha examines how the imagination functioned within physics and chemistry in Percy Bysshe Shelley’s Prometheus Unbound, neurology in Blake’s Vala, or The Four Zoas, physiology in Coleridge’s Biographia Literaria, and obstetrics and embryology in Mary Shelley’s Frankenstein. Sha also demonstrates how the imagination was called upon to do aesthetic and scientific work using primary examples taken from the work of scientists and philosophers Davy, Dalton, Faraday, Priestley, Kant, Mary Somerville, Oersted, Marcet, Smellie, Swedenborg, Blumenbach, Buffon, Erasmus Darwin, and Von Baer, among others.

Sha concludes that both fields benefited from thinking about how imagination could cooperate with reason―but that this partnership was impossible unless imagination’s penchant for fantasy could be contained.