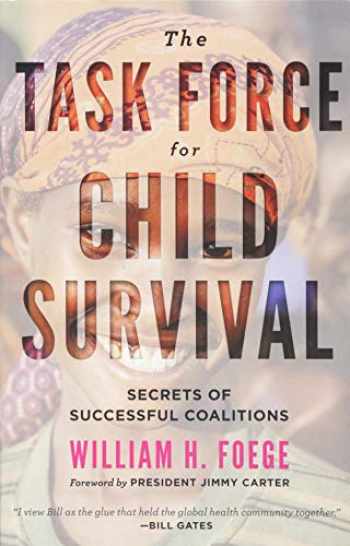 The Task Force for Child Survival: Secrets of Successful Coalitions

How did coalition-building give rise to the incredible achievements of the Task Force for Childhood Survival?

Dr. Bill Foege, one of the best-known names in global health, brings readers to the table during the creation of one of the world’s most famous and successful global health efforts―the Task Force for Child Survival.

In 1984, the US immunization program was so successful that many childhood diseases were at record lows―yet 40,000 children a day were dying around the world from preventable diseases. That year, Dr. Foege, former director of the Centers for Disease Control and Prevention, came together with Jonas Salk, Robert McNamara, and representatives from UNICEF, the World Health Organization, the World Bank, the United Nations Development Programme, and the Rockefeller Foundation to see how some of the lessons learned in America could be applied to global programs. The assembled participants recommended the formation of a small task force to help UN agencies improve immunization coverage. They dubbed it the Task Force for Child Survival and installed Foege as its first leader.

In this book, Dr. Foege describes the task force from its conception through its landmark success. Over its first six years, as more resources were allocated to the task force, immunization coverage climbed from approximately 15 percent of the world’s children for some vaccines to 80 percent of the world’s children for at least one vaccine. UNICEF head Jim Grant called it the greatest peacetime endeavor the world had ever seen. How did this small, independent, low-profile group leverage change in the largest of global health agencies? Foege dissects each element for clues as to why the task force was able to accomplish so much so quickly, ultimately concluding that coalition-building played a major role and explaining how to strengthen coalitions by scrupulously avoiding the turf guarding and credit seeking that are so common to international endeavors.

Inspiring and accessible, this brief book combines the distilled advice of one of global health's major leaders with the history of an iconic public health program.