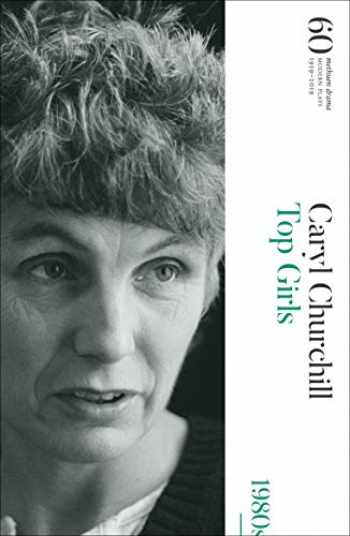 Acknowledged authors Churchill, Caryl wrote Top Girls: 60 Years of Modern Plays comprising 120 pages back in 2019. Textbook and eTextbook are published under ISBN 1350134910 and 9781350134911. Since then Top Girls: 60 Years of Modern Plays textbook was available to sell back to BooksRun online for the top buyback price or rent at the marketplace.
Show more

I believe in the individual. Look at me.

Set in the early Thatcher years, Top Girls is a seminal play of the modern theatre, revealing a world of women's experience at a pivotal moment in British history. Told by an eclectic group of historical and modern characters in a continuous conversation across ages and generations it was described by The Guardian as 'the best British play ever from a woman dramatist'.

The play opens with an anachronistic dinner party hosted by Marlene, the newly-promoted manager of the 'Top Girls' employment agency. Her guests are five women from the past: a female Pope, a courtesan-cum-nun, a tireless adventurer, an obedient wife from Chaucer and the leader of a charge into hell from a Bruegel painting. The feminist themes introduced by this cacophonous scene echo throughout the more contemporary action of the play, as Churchill uses the setting of the 'Top Girls' agency to allow a glimpse into the lives of several very different working women.

The play presents complex questions about a feminism which mimics aggressive, oppressive behaviour, and success which can only be achieved by abandoning family ties to force a way to the top.

Top Girls premiered in 1982 at the Royal Court Theatre, London.

Methuen Drama's iconic Modern Plays series began in 1959 with the publication of Shelagh Delaney's A Taste of Honey and has grown over six decades to now include more than 1000 plays by some of the best writers from around the world. This new special edition hardback of Top Girls was published to celebrate 60 years of Methuen Drama's Modern Plays in 2019, chosen by a public vote and features a foreword by critic and journalist Ann McFerran.