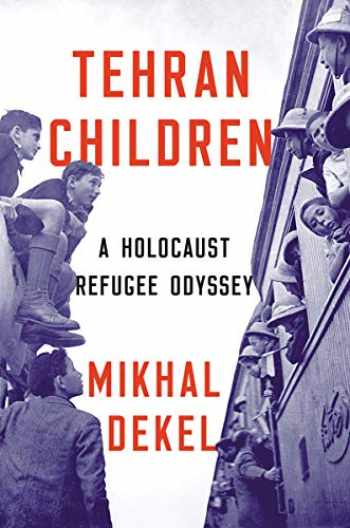 Acknowledged authors Dekel, Mikhal wrote Tehran Children: A Holocaust Refugee Odyssey comprising 384 pages back in 2019. Textbook and eTextbook are published under ISBN 1324001038 and 9781324001034. Since then Tehran Children: A Holocaust Refugee Odyssey textbook was available to sell back to BooksRun online for the top buyback price of $ 2.00 or rent at the marketplace.
Show more

Author Mikhal Dekel’s father, Hannan Teitel, and her aunt Regina were two of these refugees. After they fled the town in eastern Poland where their family had been successful brewers for centuries, they endured extreme suffering in the Soviet forced labor camps known as “special settlements.” Then came a journey during which tens of thousands died of starvation and disease en route to the Soviet Central Asian Republics of Uzbekistan and Kazakhstan. While American organizations negotiated to deliver aid to the hundreds of thousands of Polish Jews who remained there, Dekel’s father and aunt were two of nearly one thousand refugee children who were evacuated to Iran, where they were embraced by an ancient Persian-Jewish community. Months later, their Zionist caregivers escorted them via India to Mandatory Palestine, where, at the endpoint of their thirteen-thousand-mile journey, they joined hundreds of thousands of refugees (including over one hundred thousand Polish Catholics). The arrival of the “Tehran Children” was far from straightforward, as religious and secular parties vied over their futures in what would soon be Israel.

Beginning with the death of the inscrutable Tehran Child who was her father, Dekel fuses memoir with extensive archival research to recover this astonishing story, with the help of travel companions and interlocutors including an Iranian colleague, a Polish PiS politician, a Russian oligarch, and an Uzbek descendent of Korean deportees. The history she uncovers is one of the worst and the best of humanity. The experiences her father and aunt endured, along with so many others, ultimately reshaped and redefined their lives and identities and those of other refugees and rescuers, profoundly and permanently, during and after the war.

With literary grace, Tehran Children presents a unique narrative of the Holocaust, whose focus is not the concentration camp, but the refugee, and whose center is not Europe, but Central Asia and the Middle East.