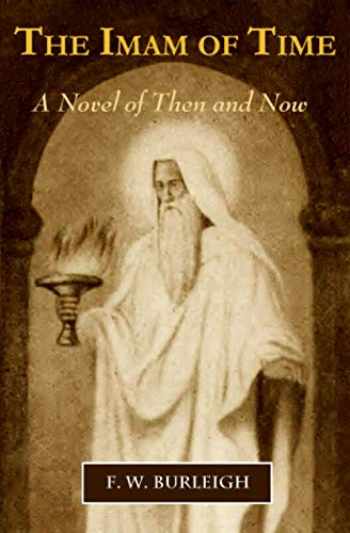 The Imam of Time: A Novel of Then and Now

IMAGINE YOU ARE THERE in the raging streets of Tehran, not with the people who are demonstrating against a brutally repressive Islamic government, but you are there against the people.

Your name is Ahmed, and you are part of the force sent to crush the demonstrators, but you do not want to be there. The violence sickens you. People are being savagely beaten. A woman near you is shot and falls to the pavement, blood streaming from her mouth. As she lays there dying, she looks at you as if pleading to understand why her life has been taken from her.

People surround you and shove you because you are one of the oppressors, but you throw your helmet and truncheon to the ground, and you cry out, “This is not Islam!” You keep shouting it to everyone, and finally you flee the violent streets. You return home, wishing you could experience authentic Islam, the Islam of Muhammad.

Author F.W. Burleigh gives Ahmed his wish by sending him into 7th century Arabia, first as a slave and then as Muhammad’s scribe. He gets the experience he longed for, but it is not what he was anticipating, for he has entered into a world of stomach-turning violence brought about by the very founder of the religion in which he was raised.

After witnessing Muhammad commit a series of horrific atrocities, Ahmed’s faith crumbles and he becomes a warner of what is to come out of Arabia. He ends up trapped in Mecca at the time of Muhammad’s invasion and is about to be slain when he returns to present day Iran in such a way that shows he is the Mahdi, the long-awaited Imam of Time. But what he has to say to his contemporaries brings the rage of Iran’s clerical rulers down on him.

Join Ahmed in his journey into 7th century Arabia and in the startling events that occur in Iran after his emergence from the Well of the Mahdi.