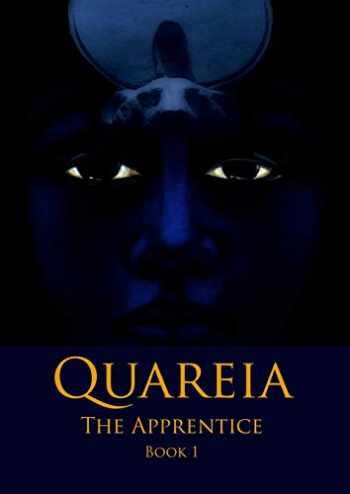 Quareia The Apprentice: Book One

Acknowledged authors McCarthy, Josephine wrote Quareia The Apprentice: Book One comprising 174 pages back in 2015. Textbook and eTextbook are published under ISBN 0993348009 and 9780993348006. Since then Quareia The Apprentice: Book One textbook was available to sell back to BooksRun online for the top buyback price or rent at the marketplace.
Show more

Quareia the Apprentice Book One is the first of fifteen workbooks containing two modules each. Book One contains the first two modules of the Quareia Apprentice training and covers 'core skills', and 'patterns and maps in magic'.

The full section of the Quareia Apprentice which includes all ten modules is also available in paperback and hardback forms.

The course is spread over three sections: Apprentice, Initiate, and Adept. Each section has ten modules, and each module has eight lessons. Each of the three sections is approximately five hundred thousand words: it is the most extensive, in-depth, and intelligent up to date magical course that is currently available worldwide.

The methods, information and techniques in the course enable the magician to engage any form of magic and work with it appropriately with the full knowledge of how that magic works, why it works and what is behind it. It also starts to guide the magician along the mystical path, a path that reaches beyond religions and faith, and one where the adept moves into mystical union with the universe around them.

The lessons are detailed: each lesson has a very practical application which in turn develops the ‘magical muscle’ within the magician, thus preparing them for the power they will be exposed to in subsequent study sections. It is not reference material or 'recipe magic' that can be dipped in and out of: the understanding of the foundations comes from the dovetailing, study, and layering of magic that forms within and around the apprentice. It is designed to be self-taught, with every detail and step assigned carefully and practically. By the end of this section, the apprentice will have all of the skills, knowledge and strength to take on the challenge of the next stage of training.

The Quareia course is written in its entirety by magical adept and the Director of Quareia, Josephine McCarthy. Josephine has been involved in magic for forty years and has been teaching and writing about magic for over twenty five years. She is considered a revolutionizing force in the teaching of western magic, and one of the most prominent adepts of western magic alive today.

Quareia is a school that is open to anyone, and is free and accessible online at any time. It is a school that is entirely focused on teaching the most essential skills in magic, with unknown precision and depth in its materials. Yet it is free from any specific one style or specific religious overlay: various styles and religious patterns are studied and at times worked with in depth, but there is no one creed, culture or system that forms the foundation basis of the training: it is itself.