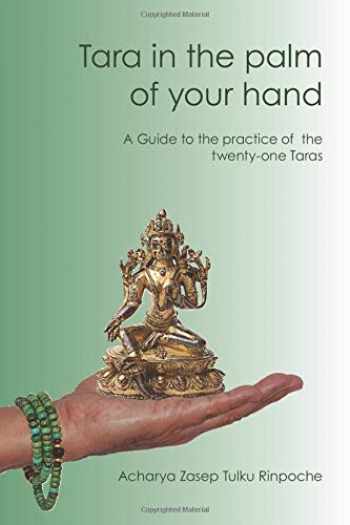 Tara in the palm of your hand: A guide to the practice of the twenty-one Taras according to the Mahasiddha Surya Gupta tradition

Arya Tara is a fully enlightened being, a female Buddha, to whom Tibetan Buddhists are deeply devoted and on whom they rely for protection and inspiration. Tara has been described as the first feminist, who, according to one of the stories of her origin, having been told by her spiritual advisors to take rebirth as a man, vowed always to take rebirth as a woman. Her practice is, however, equally suitable for women and men. Tara has many manifestations, the best known of which are the twentyone Taras celebrated in the ancient prayer of the twenty-one praises to Tara. The praises pay homage to Tara’s enlightened activity, and the way she skillfully removes both outer and inner obstacles to spiritual attainment. Through daily recitation of the praises and a regular Tara sadhana practice, it is possible to develop an increasingly profound experience of the transformative energy of Tara and to become her ourselves. This guide, which is based on traditional texts, helps make Tara and her practice readily accessible to Westerners. The sadhanas of the twentyone Taras included in the guide are according to the Mahasiddha Surya Gupta tradition. Buddha Weekly Review: "For Tibetan Buddhists, Tara is probably the most popular meditational deity, and there are certainly many books on Tara the savior, the mother, the compassionate action of the Buddhas — beloved by millions of Buddhists. Without question, this tight, yet wonderfully detailed book stands apart, not only because it covers a unique Buddhist teaching — an ancient teaching that should be preserved — but because the author, His Eminence Zasep Rinpoche, engages the reader as if they were his students. "Venerable H.E. Zasep Tulku Rinpoche's purpose was to preserve the teachings in a specific lineage, the Surya Gupta teachings and practice of the 21 Taras. It should be a complicated subject, particularly with all the very rich visualizations — must more detailed than other 21 Tara practices — but somehow Rinpoche manages to make everything clear, concise and complete in 164 pages. Original line drawings of each of the very richly detailed Taras make it easier, but it is the teachings that make this book a must buy for any Tibetan Buddhist who is devoted to Tara practice. "Rinpoche's skill in simplifying, without "talking down" to students is legendary, cultivated through decades of teaching in Australia, US, and Canada." From the Introduction: "Who, or what, is Tara that she can show us that Enlightenment is in the palm of our hand? Tara is without a doubt the most beloved female deity in Tibetan Buddhism, revered for her swiftness in helping those who rely on her. She has been described as a Buddha for our modern age, a sublime personification of compassion and wisdom in female form at a time when sorrow and suffering seem to be increasing everywhere. Of all the Buddhas, Tara is the most accessible. To explain who she is, what she is, and how she can show us the way to Enlightenment is to write of many things, of Western ideas about Buddhism and the Buddha, of Buddha Nature, of the spiritual path, of ideas about “reality” and of the place of faith in a world of rationalism and scientism, for all of these situate Tara and her practice... "... We do not attain Buddhahood or Enlightenment through divine grace; we attain it through persevering with practices that give us insight into our minds and the nature of reality. No one can become God, but by putting the Buddha’s teaching into practice, we can all become Buddhas. Attaining Buddhahood is the ultimate do-it-yourself project... "... every sentient being can become enlightened. Indeed, Buddhahood is already within our mind, our consciousness. The teachings of Mahayana Buddhism say that every sentient being has Buddha Nature, Tathagatagharba... "... As Tara did, we develop the potential of our minds to attain full Enlightenment through meditation. Meditation is a process of focusing our mind on a virtuous object." 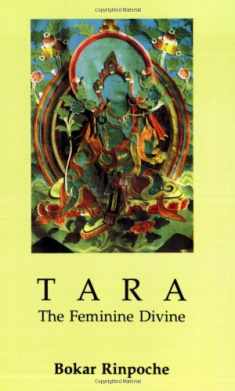 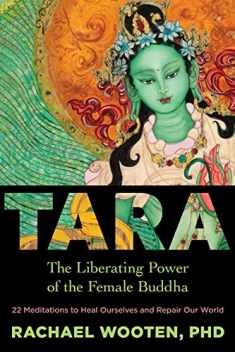