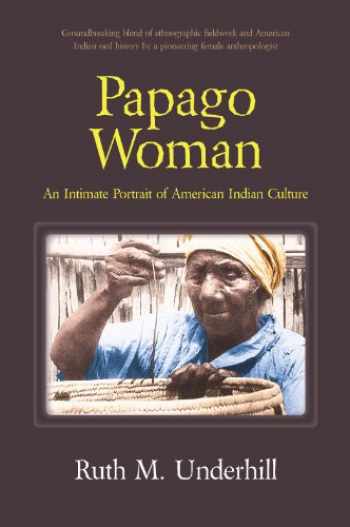 A groundbreaking blend of ethnographic fieldwork and American Indian oral history by a pioneering female anthropologist. Anthropologist Ruth M. Underhill (1883 1984), a widely acknowledged expert on Native American life, published The Autobiography of a Papago Woman in 1936, the first-known oral history of an American Indian woman. The story of Maria Chona, a Papago (Tohono O'odham) woman, is a sequence of intimate episodes and crises from her traditional and nontraditional life, including childbearing, marriages, family and reservation life, song making, and knowledge of practical medicine. The strong Papago fear of women's impurity restricted her, and all females, from having an active role in ceremonial life, yet her independent spirit and dynamic personality led her to challenge tribal taboos.

The rare autobiography of Chona, which forms the core of this historically significant case study, appears in Part II of Papago Woman. Underhill adds interpretive analysis, historical background, and absorbing ethnological descriptions in Part I as well as commentary on Papago views on child training, women, love, and the continuing effects of Roosevelt's New Deal in Part III.