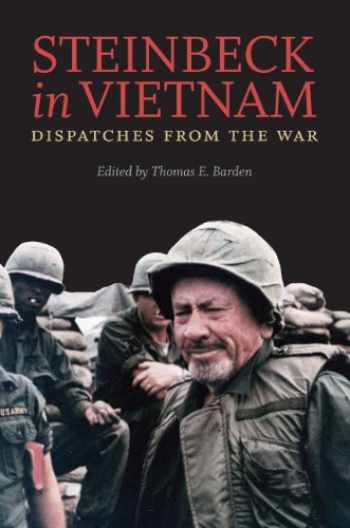 Steinbeck in Vietnam: Dispatches from the War

Although his career continued for almost three decades after the 1939 publication of The Grapes of Wrath, John Steinbeck is still most closely associated with his Depression-era works of social struggle. But from Pearl Harbor on, he often wrote passionate accounts of America’s wars based on his own firsthand experience. Vietnam was no exception.

Thomas E. Barden’s Steinbeck in Vietnam offers for the first time a complete collection of the dispatches Steinbeck wrote as a war correspondent for Newsday. Rejected by the military because of his reputation as a subversive, and reticent to document the war officially for the Johnson administration, Steinbeck saw in Newsday a unique opportunity to put his skills to use. Between December 1966 and May 1967, the sixty-four-year-old Steinbeck toured the major combat areas of South Vietnam and traveled to the north of Thailand and into Laos, documenting his experiences in a series of columns titled Letters to Alicia, in reference to Newsday publisher Harry F. Guggenheim’s deceased wife. His columns were controversial, coming at a time when opposition to the conflict was growing and even ardent supporters were beginning to question its course. As he dared to go into the field, rode in helicopter gunships, and even fired artillery pieces, many detractors called him a warmonger and worse. Readers today might be surprised that the celebrated author would risk his literary reputation to document such a divisive war, particularly at the end of his career.

Drawing on four primary-source archives―the Steinbeck collection at Princeton, the Papers of Harry F. Guggenheim at the Library of Congress, the Pierpont Morgan Library’s Steinbeck holdings, and the archives of Newsday―Barden’s collection brings together the last published writings of this American author of enduring national and international stature. In addition to offering a definitive edition of these essays, Barden includes extensive notes as well as an introduction that provides background on the essays themselves, the military situation, the social context of the 1960s, and Steinbeck’s personal and political attitudes at the time. 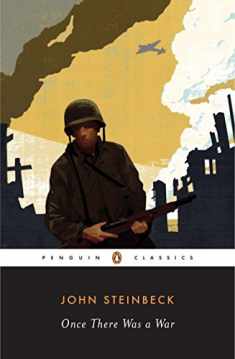 Once There Was a Wa...
by Steinbeck, John