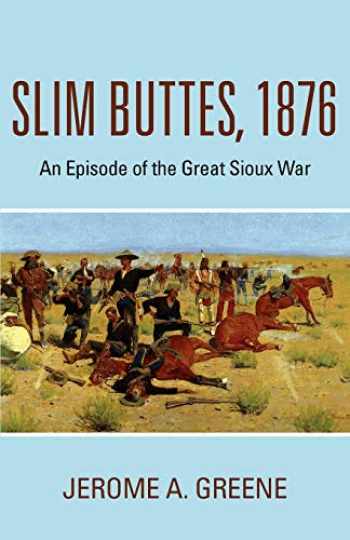 Acknowledged authors Greene, Jerome A. wrote Slim Buttes comprising 212 pages back in 2012. Textbook and eTextbook are published under ISBN 0806122617 and 9780806122618. Since then Slim Buttes textbook was available to sell back to BooksRun online for the top buyback price or rent at the marketplace.
Show more

General George Crook’s controversial “Horsemeat March” culminating in the battle at Slim Buttes is considered the turning point of the Sioux Wars. After Lieutenant General George A. Custer’s shocking defeat at the Little Big Horn River, Montana Territory, in 1876, General Crook and the men of this Big Horn and Yellowstone Expedition were given orders to pursue and subjugate restive tribes of the Northern Cheyenne and Teton Sioux Indians in the area.

General Crook, an able and experienced Indian campaigner, insisted that his men travel light and fast. This tactic nearly proved disastrous. Provisions ran out, and, with the nearest settlements still far away in the Black Hills, Crook’s troops were forced to abandon, and later to devour, their exhausted and stringy mounts.

When a detachment under Captain Anson Mills was dispatched to bring provisions from the settlements ahead, Mills accidentally came across a large Indian village at Slim Buttes. Lured as much by supplies of food in the village as by a desire to subjugate the Indians, Mills attacked, Crook arrived with reinforcements, and by the evening of the second day, September 9, 1876, the battle was over.

The climax of General Crook’s career and of one of the most arduous military expeditions in American history, this battle was the first of a series of blows that ultimately broke the Indians’ resistance and forced their submission.

The victory was not without irony. Crook’s starvation march, his troops’ nearly unanimous criticism of his command, Mill’s account of an Indian child’s tears over her mother’s corpse, and doubts about whether the Indians involved had indeed had anything to do with Custer’s defeat combined to steal most of the glory from the victor.

Slim Buttes, 1876 presents in vivid detail the grisly realities of the Indian Wars and the suffering experienced by both sides. For the troops who campaigned in the lonely hinterlands of America, it was bloody, dangerous, and exhausting warfare fought, as General Crook said, “without favor or hope of reward.”