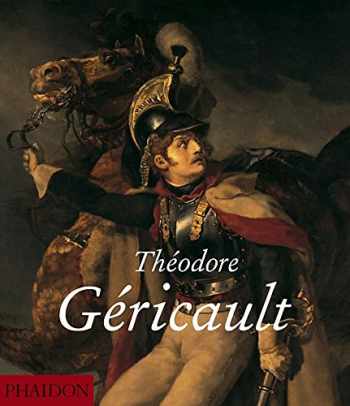 Acknowledged authors Athanassoglou-Kallmyer, Nina wrote Theodore Gericault comprising 232 pages back in 2010. Textbook and eTextbook are published under ISBN 0714844004 and 9780714844008. Since then Theodore Gericault textbook was available to sell back to BooksRun online for the top buyback price or rent at the marketplace.
Show more

This new monograph explores the life and works of Theodore Gericault (1791-1824), whose compelling career and legacy continue to captivate audiences, artists, and critics alike. In her comprehensive survey, Nina Athanassoglou-Kallmyer pays tribute to established Gericault scholarship while reassessing the career of an artist too easily miscast as the archetypal 'tortured soul' of art-historical Romantic mythology. She examines Gericault's career in the context of France under the Restauration, during which Louis XVIII s controversial rule resulted in vigorous popular debate over civic structures, the political process, and even aesthetic categories. Gericault immersed himself in these polemics, taking an intense interest in the fait divers, or 'daily happenings', of his time. The author explores his interest in medical and psychiatric science (as exemplified by a series of portraits of mental patients), his empathy for the poor and dispossessed (the subject of numerous lithographs), and the entrepreneurial spirit that led him to exhibit his epic canvas, the Raft of the Medusa, in London as a commercial venture. Gericault is presented as an artist committed to capturing contemporary life with creative integrity and dramatic verve.

Born into a provincial middle-class family, Gericault used an inheritance from his mother's death to pursue his artistic vocation, training first under Vernet and Guerin before spending four years on his own course of independent study. His choice of Renaissance and Baroque masters such as Titian, Caravaggio, and Rubens as models shaped his aesthetic agenda and encouraged him to break away from the Neoclassicism favored by his early tutors. Further influenced by a vogue for modern, military subjects, Gericault presented himself at the 1812 Salon with the dashing Charging Chasseur, a critical success that the artist was unable to repeat when he presented again at the Salon three years later. A period of stylistic experimentation followed: Gericault traveled to Rome to absorb classical examples and strove to develop his 'grand' style. The effort spent in Rome served Gericault well when he returned to France and began work on the Raft of the Medusa, a politically charged project that absorbed the painter in obsessive study for more than a year. In her analysis of this enduring image, Athanassoglou-Kallmyer addresses the perception of Gericault as a tragic figure, drawn by temperament to the depiction of morbid and macabre themes, discussing this painting among others in the context of Romantic taste for the 'Gothic' and its political and artistic implications.

Gericault suffered a nervous breakdown in 1819, following the Medusa's disappointing reception at the Salon, and retreated to England, where he abandoned grand projects in favor of lighter, more fashionable work. It was not until 1823, on his deathbed, that Gericault's interest in large-scale work was revived and he produced a wealth of sketches for future compositions. These plans, full of energy and drama, serve to suggest why this immensely talented artist has continued to influence artists from the time of his death to the present. 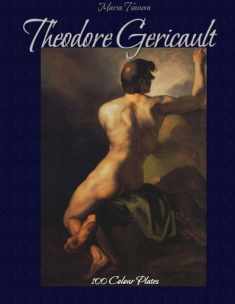