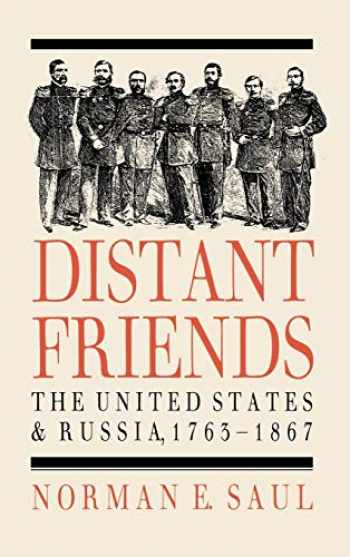 We began as friends. Then followed nearly a century of suspicion and hostility. Now, thanks to glasnost and a thaw in the Cold War, relations between the United States and the Soviet Union have nearly come full circle—we're almost friends again.

In the initial volume of a three-volume series, historian Norman Saul presents the first comprehensive survey of early Russian-American relations by an American scholar. Drawing upon secondary and documentary publications as well as archival materials from the United States, the Soviet Union, and Britain, he reveals a wealth of new detail about contacts between the two countries between the American Revolutionary War and the purchase of Alaska in 1867. By weaving personal experiences into analysis of the basic trends, Saul provides a fuller understanding of Soviet-American experience.

His conclusion? That the early relationships—diplomatic, cultural, scientific, economic, and personal—between the two countries were more extensive than had been reported before, more important, and more congenial.

In the eighteenth and nineteenth centuries the U.S. and Russia had a lot in common, Saul notes, and many of those similarities persist today. Both countries, in part because of geographic size, faced problems in developing their natural resources. Both countries were economically dependent on systems of forced labor—slavery in the U.S. and serfdom in Russia. Reform resulted in freedom without land for American slaves, and land without freedom for the serfs. Then, as now, Russia looked to the U.S. for help with technology.

Saul shows that differences also persist. The United States was geographically isolated and developed in relative peace, while Russia developed within the reach of the European powers and, consequently, worried more about defense. As is still the case, Russian government seemed appallingly autocratic to those whose rights were guaranteed by the U.S. constitution, and deal-making between citizens of the two countries was hampered by the Russians' belief that Americans were materialistic and deceitful, and by Americans' notion that Russians were slow, bureaucratic, and expected to be bribed.

At a time when United States-Soviet relations have taken yet another dramatic turn, it is more important than ever to trace—and to understand—the history of the relationship of these two countries. As Saul shows clearly, parallel developments of the late eighteenth to mid nineteenth centuries in some ways foreshadow parallel development into the two superpowers in the mid twentieth. 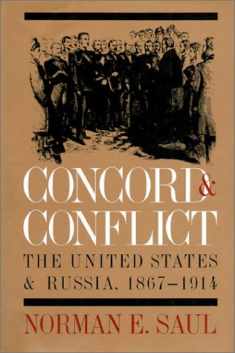 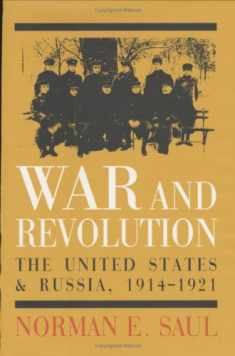