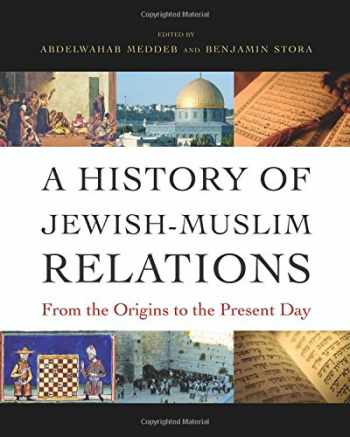 A History of Jewish-Muslim Relations: From the Origins to the Present Day

This is the first encyclopedic guide to the history of relations between Jews and Muslims around the world from the birth of Islam to today. Richly illustrated and beautifully produced, the book features more than 150 authoritative and accessible articles by an international team of leading experts in history, politics, literature, anthropology, and philosophy. Organized thematically and chronologically, this indispensable reference provides critical facts and balanced context for greater historical understanding and a more informed dialogue between Jews and Muslims.

Part I covers the medieval period; Part II, the early modern period through the nineteenth century, in the Ottoman Empire, Africa, Asia, and Europe; Part III, the twentieth century, including the exile of Jews from the Muslim world, Jews and Muslims in Israel, and Jewish-Muslim politics; and Part IV, intersections between Jewish and Muslim origins, philosophy, scholarship, art, ritual, and beliefs. The main articles address major topics such as the Jews of Arabia at the origin of Islam; special profiles cover important individuals and places; and excerpts from primary sources provide contemporary views on historical events. 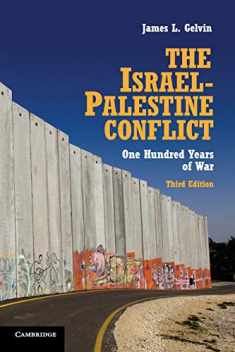 The Israel-Palestin...
by Gelvin, James L.