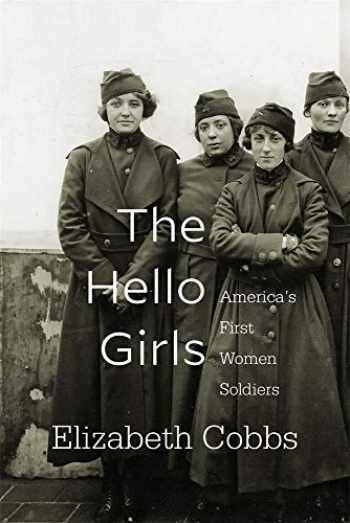 In 1918, the U.S. Army Signal Corps sent 223 women to France at General Pershing’s explicit request. They were masters of the latest technology: the telephone switchboard. While suffragettes picketed the White House and President Wilson struggled to persuade a segregationist Congress to give women of all races the vote, these courageous young women swore the army oath and settled into their new roles. Elizabeth Cobbs reveals the challenges they faced in a war zone where male soldiers wooed, mocked, and ultimately celebrated them.

The army discharged the last Hello Girls in 1920, the year Congress ratified the Nineteenth Amendment. When they sailed home, they were unexpectedly dismissed without veterans’ benefits and began a sixty-year battle that a handful of survivors carried to triumph in 1979.

“What an eye-opener! Cobbs unearths the original letters and diaries of these forgotten heroines and weaves them into a fascinating narrative with energy and zest.”
―Cokie Roberts, author of Capital Dames

“This engaging history crackles with admiration for the women who served in the U.S. Army Signal Corps during the First World War, becoming the country’s first female soldiers.”
―New Yorker

“Utterly delightful… Cobbs very adroitly weaves the story of the Signal Corps into that larger story of American women fighting for the right to vote, but it’s the warm, fascinating job she does bringing her cast…to life that gives this book its memorable charisma… This terrific book pays them a long-warranted tribute.”
―Christian Science Monitor

“Cobbs is particularly good at spotlighting how closely the service of military women like the Hello Girls was tied to the success of the suffrage movement.”
―NPR