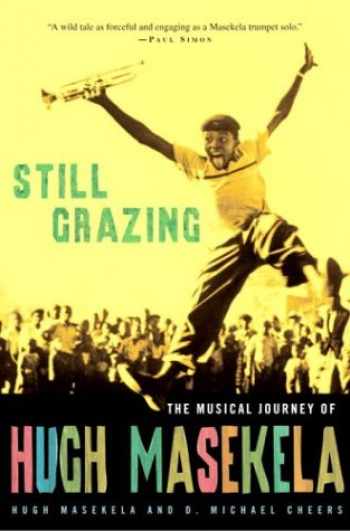 One of today's few living world-class artists--and rare spirits--narrates a magical journey around the world in this epic, music-soaked tale of love, excess, exile, and home.

Hugh Masekela is a prodigiously talented giant of jazz and world music and a pioneer in bringing the voice and spirit of Africa to the West, but his globe-trotting tale transcends music. Masekela has lived a rich and relentless life, infused with love and loss, sex and drugs, exile and revolution. And he survived it all--barely--with wit, passion, and eventually, wisdom.

Masekela's life began in a South Africa haunted by violence but redeemed by the consolations of family, music, and adventure. As the grip of apartheid tightened, he was driven into exile and embarked on what would become a thirty-year pilgrimage around the world. His first top was New York City, where he was adopted by bebop heroes like Dizzy Gillespie and Miles Davis and international stars like Harry Belafonte and Miriam Makeba. When his effervescent recording of "Grazing in the Grass" hit number one around the world in 1968, his career took off like a rocket.

Masekela lived through some of the most vital and colorful music scenes of our time: blowing with bebop legends in New York, playing with a young Bob Marley in Jamaica, hanging out with Jimi Hendrix and Sly Stone in the sixties, and getting lost in the madness of Fela's Afropop explosion in Lagos. He loved extravagantly, experimented wildly with drugs and alchohol, and stumbled into adventure after adventure, whether battling Don King over the Rumble in the Jungle concert, getting caught up in madcap smuggling schemes, or finding himself on the wrong side of coups and revolutions all over Africa. And through the hit musical Sarafina (which he conceived with Mbongeni Ngema), the Graceland tour he spearheaded with Paul Simon, and his fearless on-the-ground activism, he worked tirelessly to help hasten the destruction of apartheid. When he eventually returned to South Africa, he at last found the strength to confront the personal demons that tracked him around the world, and attained a new measure of peace at home.

Unfolding against the backbeat of the most revolutionary musical movements of the last forty years and one of the most inspiring political transformations of the twentieth century, this is the utterly engrossing and deeply effecting chronicle of a remarkable, one-of-a-kind life.