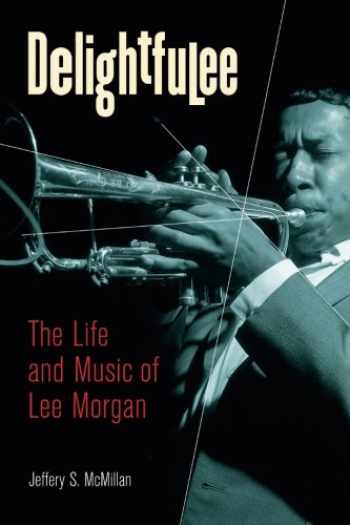 Delightfulee: The Life and Music of Lee Morgan (Jazz Perspectives)

One of the most individual stylists of his time, trumpeter Lee Morgan began his professional career in Philadelphia at age fifteen. At eighteen, after a short stint with Art Blakey's Jazz Messengers, Morgan joined Dizzy Gillespie's orchestra, where he stayed until the group disbanded in 1958. A return to Blakey brought Morgan new opportunities, including his first successful attempts at composition. But however much his time with Blakey helped to advance his playing and writing, his boss's and his bandmates' destructive drug habits exerted just as strong an influence. Within three years, Morgan would be back home in Philadelphia, strung out on heroin and penniless.

Morgan's return to music in the early to mid-sixties witnessed a tremendous evolution in his playing. Formerly a virtuoso in the model of his idol, Clifford Brown, Morgan brought to his critically acclaimed Blue Note records of the era an emotionally charged, muscular tone, full of poise and control. But it was with the record Sidewinder, recorded in 1963, that Morgan found his greatest fame and commercial success, due to the infectious groove of the title tune. By the time of his death, at thirty-three---murdered in a New York City club by his girlfriend during a gig---Morgan had begun a new phase of his career, experimenting with freer-forms of musical expression.

Jeff McMillan's Delightfulee is the first biography to seriously examine Morgan's vast contributions to jazz, both as a performer and as a composer. Thanks to exclusive access to Lee Morgan's now-deceased brother, McMillan is also able to provide unparalleled insight into Morgan's personal and family life

Jeff McMillan received his master's degree from the Jazz History and Research program at Rutgers-Newark in 2000 and currently works as an archivist for the Metropolitan Opera in New York City.