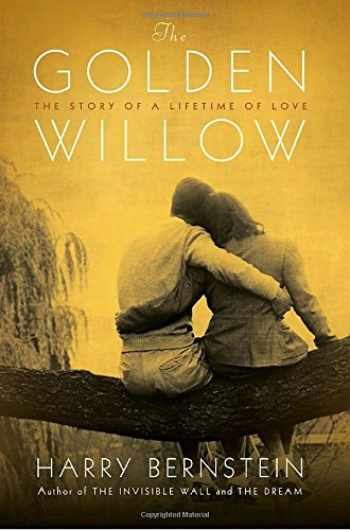 The Golden Willow: The Story of a Lifetime of Love

Harry Bernstein started chronicling his life at the age of ninety-four, after the death of his beloved wife, Ruby. In his first book, The Invisible Wall, he told a haunting story of forbidden love in World War I-era England. Then Bernstein wrote The Dream, the touching tale of his family’s immigrant experience in Depression-era Chicago and New York. Now Bernstein completes the saga with The Golden Willow, a heart-lifting memoir of his life with Ruby, a romance that lasted nearly seventy years.

They met at a dance at New York’s legendary Webster Hall, fell instantly and madly in love, and embarked on a rich and rewarding life together. From their first tiny rented room on the Upper West Side to their years in Greenwich Village, immersed in the art scene, surrounded by dancers, musicians, and writers, to their life in the newly burgeoning suburbs, Harry and Ruby pursued the American dream with gusto, much as Harry’s late mother would have wanted.

Together, through a depression, a world war, and the McCarthy era, through job losses and race riots and the joyous births of their two children, Harry and Ruby weathered much and shared an incredible love. But then the inevitable happened. One of them had to go first. When Ruby was ninety-one, she contracted leukemia and died. Alone for the first time in his life, Harry felt the loss acutely and terribly, and for a long while, despite continued good health, he was uncertain about whether he could go on without Ruby. It was then that he turned to the past for solace–and ended up fulfilling a lifelong dream of becoming a published author.

Delightful and hopeful, tender and moving, The Golden Willow is Harry’s tribute to his beloved Ruby, to their long, happy life together, to the impact her parting had on his heart and his soul, and to the surprises and unexpected pleasures that continue to await him.